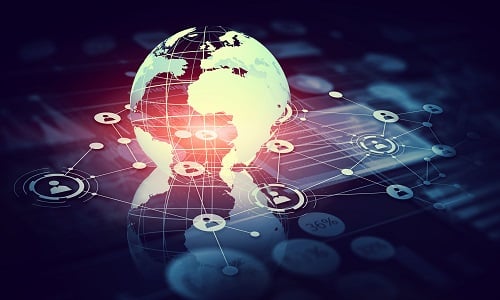 Amazon formally joins the latest legal battle over the right to build the Pentagon’s $10 billion war cloud, DHS prefers existing IT services contracts to EAGLE recompete, and federal government acquisition could look a lot like the consumer experience of shopping online by the end of 2019. All this and more in Public Spend Forum’s Weekly Roundup for December 21, 2018.

As tech firms continue to protest the Pentagon’s landmark move to the commercial cloud, Amazon Web Services (AWS) has now intervened in the lawsuit and is acting to defend its own interests in Oracle’s protest of the $10 billion cloud contract. AWS, largely thought to be the frontrunner in bidding for the Department of Defense’s $10 billion Joint Enterprise Defense Infrastructure cloud acquisition, motioned to intervene and represent its interests in Oracle’s pre-award injunction against the contract in the U.S. Court of Federal Claims. AWS says in the motion that it has “direct and substantial economic interests at stake in this case, and its disposition clearly could impair those interests,” adding that the government, as the defendant in the case, cannot adequately defend its business interests. The Court of Federal Claims has until Feb. 4, 2019, to give Oracle an answer.

Chief Procurement Officer Soraya Correa announced the Department of Homeland Security (DHS) will follow a new strategy in how it obtains information technology services. DHS will not be pursuing a re-competition of Enterprise Acquisition Gateway for Leading-Edge Solutions (EAGLE) II but will instead implement the EAGLE Next Generation (Next Gen) program. Correa said “DHS conducted a thorough and collaborative analysis across the information technology and procurement communities in identifying DHS’ IT priorities, evaluating the IT services requirements needed to support those priorities, and in establishing an overarching acquisition strategy that enables continued mission success.” This strategy will also ensure adequate competition to provide the best possible solutions to meet DHS needs.

The General Services Administration (GSA) is in the process of creating e-commerce acquisition platforms as mandated in the 2018 National Defense Authorization Act. By the end of 2019, federal government acquisition could look a lot like the consumer experience of shopping online. The officials in charge of developing the portals have relied heavily on input from the commercial sector on how to move ahead. Laura Stanton, GSA’s deputy assistant commissioner for the IT category, said the e-commerce platform will be shaped by industry comments and in remarks an the industry day, she noted some of the challenges her agency faces and detailed the agency’s plans to move ahead in the next year. The program, she said, will be implemented “over several years, allowing the government to consider such issues as data security, supply chain risks and cybersecurity.”