DHS issued an RFI seeking input from vendors that could assist in the planned IT modernization efforts under the agency’s EAGLE Next Generation Program, GSA provided an update on feedback it received from industry on e-commerce portal plans, and the government shutdown rippled through federal IT beyond closed agencies. All this and more in Public Spend Forum’s Weekly Roundup for February 22, 2019.

The Department of Homeland Security (DHS) has called on industry to help determine the information technology services necessary to help the agency modernize legacy compute and storage, cloud migration systems, move apps to the cloud and to optimize data centers. DHS issued a request for information to seek inputs from potential vendors that could assist in the planned IT modernization efforts under the agency’s EAGLE Next Generation Program. DHS is considering a hybrid IT, multicloud and software-as-a-service approach to address the requirements.

One month before the General Services Administration is due to submit a report to Congress on the second phase of its commercial platforms initiative, the agency provided an update quantifying the kind of feedback it received from industry. One of the GSA’s top acquisition officials provided an update on more than 200 pages of feedback received from industry on e-commerce portal plans. According to Federal Acquisition Services deputy assistant commissioner Laura Stanton, “As I look across all the feedback received, the truly dynamic and complex nature of the e-commerce landscape is evident,” Stanton said. “These comments and recommendations help to inform our efforts, as GSA and OMB works towards submittal of the Phase II report to Congress, in March 2019.”

Sen. Jerry Moran, R-Kan., announced this week that he secured $25 million in funding for the Technology Modernization Fund (TMF) in the Senate version of the current legislation. The TMF is a central funding pot, administered by the General Services Administration, that loans out money to selected agency IT modernization projects. “I am pleased that our efforts with appropriators and relevant agencies to improve transparency around agencies’ modernization proposals have resulted in bipartisan support for the Technology Modernization Fund,” Moran said in a statement. The House version of the bill also includes $25 million for TMF.

Government Shutdown Rippled Through Federal IT Beyond Closed Agencies

Federal cybersecurity efforts were hampered in some ways by the 35-day partial government shutdown that ended last month. However, the record-breaking shutdown’s effects have rippled out to other aspects of government IT. The shutdown led to backlogs at agencies that approve or review technologies and left scores of security certificates for government websites to expire. The funding lapse could also delay the rollout of IT modernization projects funded through the Technology Modernization Fund. David Berteau, president and CEO of the Professional Services Council, said IT modernization projects approved and funded via the TMF were tied up not because of a lack of appropriations but because the agencies required to provide services for them were shut down. 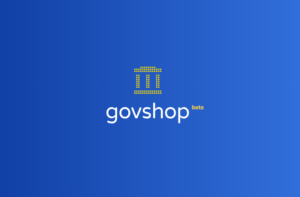