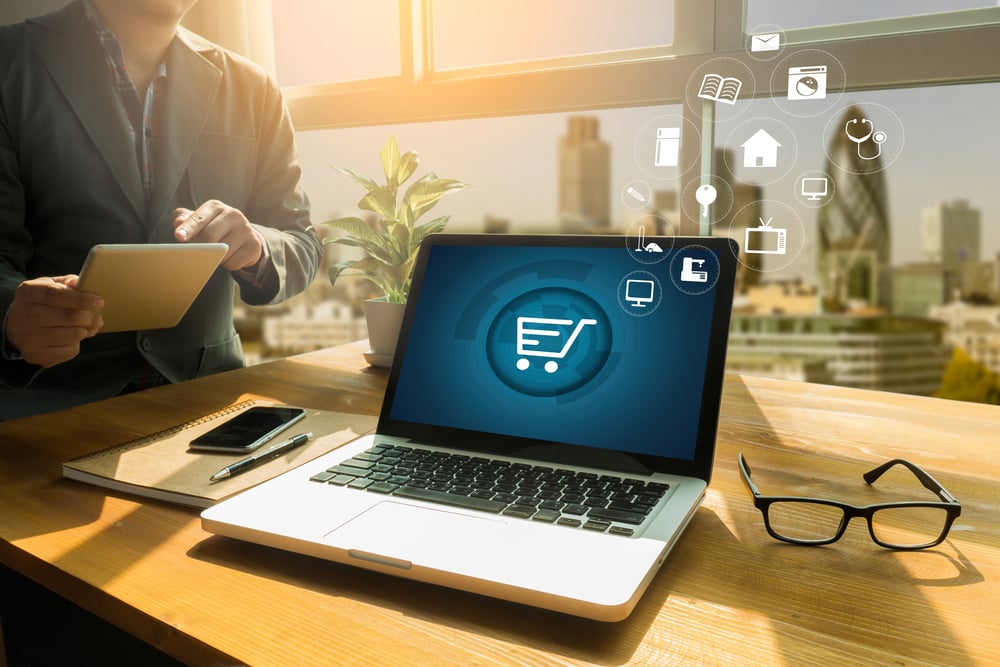 Far from the clamor in the press about tax cuts and the Russia investigation, The National Defense Authorization Act (NDAA) for fiscal year 2018 was quietly signed into law on December 12 of 2017. Tucked away in its many pages is Section 846, “Procurement Through Commercial E-Commerce Portals.”

This would allow the Pentagon and other government agencies to buy directly from online marketplaces such as Amazon, Grainger and Office Depot. Earlier this year, the General Services Administration (GSA), along with the Office of Management and Budget (OMB), held a “town hall” style stakeholder input meeting to kick off Phase I, which is a 90-day process to design an implementation plan. Phase II is a two-year assessment and analysis period to address considerations for executing the plan, and Phase III is the rollout.

This could potentially lead to a big transformation, and there is a lot of excitement about it, along with a fair bit of trepidation. The rest of the world has been buying online for a long time now, and our government agencies have long wanted to do this. However, thorny issues such as how to ensure the best pricing, maintain accountability, and guard against fraud and abuse must be addressed. There was also significant discussion at the town hall meeting regarding how to handle existing vendors under contract who have invested a lot of time and money setting themselves up to comply with the current system, and also about the concerns of small, disadvantaged and minority businesses who may see their share of Federal business shrink.

There are many stakeholders, and a lot to think through. Phase I includes rethinking rules and requirements that contribute to things like the infamous $700 hammer, as it should. Online marketplaces have fundamentally changed the way we buy things, so the rules may need to fundamentally change, too.

What Phase I should also include: revaluating government procurement technology in light of the business goals of the initiative. The internet hasn’t just changed the way people shop. It’s changed the way we think about and build software. When talk at the stakeholders’ meeting turned to how to customize legacy systems to accommodate online buying, you could hear the groans in the audience because everybody knows that’s the worst path to take. It is not only expensive and time consuming, it’s a paradigm that is outdated in the private sector.

Large private sector companies face many of the same challenges around online procurement, and sourcing and procurement in general, that their government counterparts do. Many have already solved them with cloud technology. With this initiative, there’s an opportunity for government agencies to do the same, if they can make the same paradigm shift.

As we go about this process, we need to ask, “What problem is the Federal government trying to solve with this initiative? What goals are most important, and how will we make sure those goals are met?” These questions must be answered to ensure the right technologies and partners are selected.

Without a laser like focus on the high level, measurable goals of the project, it’s easy to get distracted by the details of specific processes. That’s the path toward customization. I’ve been selling to the public sector for most of my career, and practically every government agency I’ve ever worked with insists that their processes are so unique that their system has to be customized.

That kind of thinking is not limited to government organizations by the way, and it’s rarely true.

As private sector businesses have embraced multi-tenant cloud systems, there’s a growing recognition that core operational processes such as human resources management, customer relationship management, and procurement are roughly 80 percent the same across organizations of all shapes and sizes. There’s also a recognition that simplicity leads to greater user adoption, which is usually a much quicker and better path to meeting an organization’s success goals than customizing every last detail.

Companies in every industry are replacing legacy, on-premise systems with best of breed cloud solutions. Yes, government procurement is different than private sector procurement, but it’s roughly 80 percent the same. The Federal Government may have its own unique rules to ensure compliance, transparency, and accountability, but private companies also have their own rules to deal with. However, the practice of hard-coding rules into the system is outdated. With modern software, users can configure systems themselves to accommodate localized compliance requirements or workflows, rather than commission IT customization projects. That allows organizations to adapt much faster to changing conditions.

Not opening the floodgates

As you can imagine, when this legislation was first proposed, there was a mix of negative and positive reactions. The thought of allowing Federal buyers to make purchases with a consumer-like shopping experience was enticing, but within agencies there was concern that online buying would open the floodgates, spending would be unmonitored, vendors currently under contract would be bypassed, and most importantly, they would lose visibility and control.

If you break the rules in government procurement, you could potentially end up in jail, but in the private sector it’s mainly up to the procurement department to police employee buying. When everyone could buy what they needed from the computer on their desk with a couple of clicks, and then from their phone from anywhere, that got a lot harder.

This too is a problem companies in the private sector have solved with technology that allows employees to perform effective market research, shop competitively, utilize existing vendors under contract, or to punch out to sites like Amazon to buy what they need – while still maintaining control, visibility, and compliance.

New technology has also gotten corporate employees to buy through official channels through vast improvements in user interfaces that make it as easy to fill out a purchase requisition online as it is to shop on e-commerce sites. In contrast, some of the government systems we’re talking about customizing are so old they may still use green screens. It would be a tragic waste of taxpayer money to try to retrofit that kind of system for the world of online buying.

Those groans in the audience are because people have been down this road, and they know–not only is customization costly and time consuming, it becomes obsolete very quickly. When you do a two-year customization project on old technology, when you finish, you’re already two years behind where the market is. Then you have to do more customization. It’s a never-ending cycle, and a maintenance nightmare.

In contrast, cloud providers typically do several releases a year to keep the software up to date. These get rolled out automatically, without an army of IT people to help. That significantly decreases the total cost of ownership, and frees up IT resources for other projects.

Every Federal agency has a team of Contracting Officers who spend a lot of time ensuring compliance with procurement policies, making sure competition is fair and transparent and that people are held accountable. Those people are just as frustrated as the public is with archaic practices and systems that hamper their ability to work efficiently and spend taxpayer dollars wisely. They really want things to change.

Section 846 may well be more than just an online buying initiative. It could be the catalyst for far reaching change, leading to new procurement business processes and innovative procurement technology.

The paradigm of customized software is dying in the private sector. If government agencies can define and focus on the high-level goals, and let go of the idea that the needs of their online buying program can only be met by further customizing their customized systems, they’ll find that the system they envision–one that gives them visibility, compliance budgetary controls and fraud protection for all kinds of buying, including online buying—already exists in the market today. Not only that, it can be deployed faster and more economically than they could customize the systems they have today. That would transform government procurement and free up even more taxpayer money for each agency’s mission, ultimately making Section 846 a legislative success.

Andy Malay is Regional Vice President, Public Sector, for Coupa Software. Prior to that, he worked at IBM, SAP and JDA.