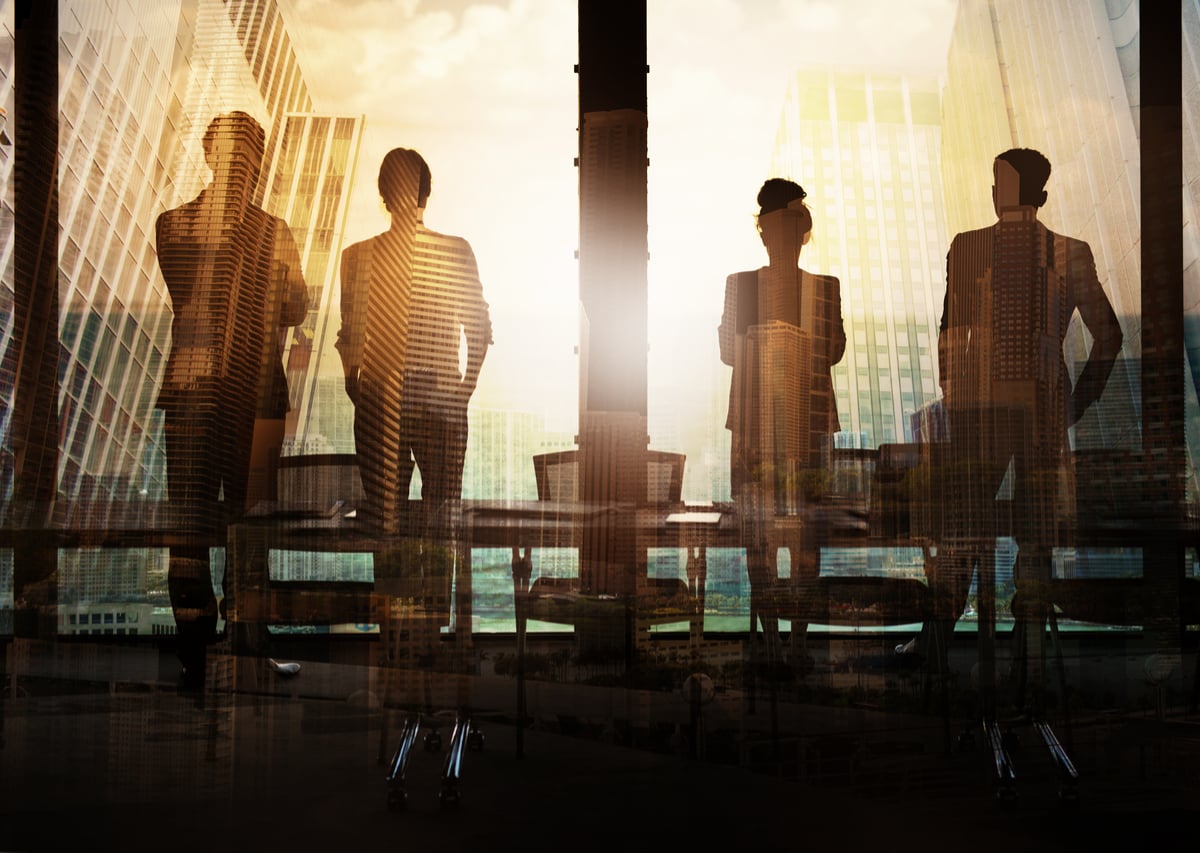 A 2020 Vision for Federal Government Procurement

Amazon looms large over the world’s commerce, drawing a stark contrast to old ways of shopping, and an even starker contrast to the way government agencies buy things. In fact, there’s even a term for it: The Amazon Effect. So, when Section 846 of 2018 National Defense Authorization Act was enacted, providing for the Pentagon and other federal government agencies to buy directly from e-marketplaces, it was immediately dubbed the “Amazon Bill,” and not just because of the Amazon Effect.

Introduced by Congressman Mac Thornberry, the bill was crafted to help speed the procurement process for commercial off-the-shelf (COTS) products through e-commerce portals. The General Services Administration (GSA), in partnership with the Office of Management and Budget (OMB), is currently working on the strategy and plan to properly implement and execute this legislation.

Based on input from the providers of commercial e-commerce portals and e-procurement solutions, the GSA and OMB team has developed the initial plan (Phase I) and is now working on the market research and industry consultation needed to develop the program’s implementation guidance (Phase II). This is not a simple task, as the team must review and consider existing processes and all the requirements of public procurement—buying off negotiated contracts from vetted suppliers who have invested heavily in meeting government requirements, and giving fair treatment to small, disadvantaged, minority women-owned and veteran-owned companies. The target is to have things completed by 2020.

However, the gap between expectations of selection, ease of use and speed that Amazon has created among consumers, and the reality of what is actually possible in the federal government continues to crop up as we move into the next phase of this process, the proof of concept phase.

As we head into this phase of the implementation plan, we need to have realistic expectations and a clear vision of what is achievable. Federal agencies can and should be able to buy online from a wide variety of online marketplace providers including but not limited to Amazon, while still maintaining all the appropriate and necessary checks and controls.

They should be able to use modern cloud technology to provide employees with a buying experience that is vastly easier than what they are getting with customized legacy systems, many of which are two or three decades old. They should be able to cut IT costs significantly by turning system maintenance, upgrades, and technology innovation over to cloud providers, who have made significant strides in achieving the levels of security and compliance required by government and enterprises. That’s what is happening in the business world today.

So, let’s be clear: While the idea of running the government more like a business is very popular these days, any business with more than a few hundred employees is also going to have contracted vendors. They are going to have rules and regulations with which they must comply. They are going to have approval workflows, and internal controls to prevent fraud and overspending. No business of size would simply turn employees loose on Amazon.com or Amazon Business Services. However, because of the Amazon Effect there continue to be indicators that some people still expect that of the Federal government.

Why do I say that? First, there’s the recent RFI process conducted by GSA. This was part of the Phase I plan to determine what kinds of offerings were out there and how they could comply with different rules and requirements, and also to see whether it might be possible and or necessary to streamline, change, or do away with some existing rules and processes when buying online. GSA received more than 50 responses to the RFI with more than 700 pages of content.

That’s not a problem in and of itself; in fact, it should inspire confidence that this is being studied thoughtfully and from a number of perspectives, which is exactly what was supposed to happen during this phase.

The trouble is that the RFI was sent to both e-marketplaces, which is the term GSA used to refer to online sellers such as Grainger, Office Depot, Staples and Amazon, and e-portals, which the government calls e-procurement software such as that provided by companies such as Oracle, SAP and my company, Coupa. E-marketplaces and e-portals are two very different animals. GSA understood that because they separated the RFI responses accordingly, but that needs to remain very clear as we move into the proof of concept phase. Comparing the value and benefits of e-portals and e-procurement solutions is an apples to oranges comparison.

Speed to purchase versus correct purchase

The former are individual retailers. They profit from selling goods and services, and their software is built to put as few barriers between the customer and the payment as possible.

My understanding is that in their RFI responses, some e-marketplaces indicated that they would be unwilling and/or unable to modify their software to put in place the kinds of controls government agencies would need. And, even if they could or would put together a program, no one e-marketplace is going to be able to supply everything most agencies need. That would leave agencies managing and monitoring multiple such programs.

E-portals, in contrast, are in the business of building software that facilitates buying through an unlimited number of vendors that fall within the parameters defined and configured by the buying organization. For example, when employees of the Department of Veterans Affairs go to their portal to search for something they need, top preference would be given to veteran-owned businesses.

That doesn’t preclude them from buying from Amazon if an approved veteran-owned company is doing business there. It just makes sure that the purchase passes through the portal where it can be approved and recorded to the right account codes and against the right budget.

The aim of modern, cloud-based portals is still to make buying easier by putting most of this functionality behind the scenes, and great strides have been made in that regard over the past decade. But it will never be as easy as one-click buying—at least not for the foreseeable future—because the requirements for government and business buying are more complex.

So, as we set up these proofs of concepts, we need to make sure we are comparing e-portals to e-portals, and e-marketplaces to e-marketplaces, and that we have clarity about the role and capabilities of each.

We also need to be clear that an e-portal is not a “middleman.” Cutting out the middleman is, of course, a popular strategy in business, and it makes sense in situations where the middleman is taking a cut of every transaction and not providing any real value. That was a common business model with on-premise software, but modern Software as a Service (SaaS) providers make their revenue off of subscription fees and don’t take a cut of the transaction.

To earn subscription renewals, they have to provide significant and continuing value. The value of a SaaS e-portal is that it can sit over the top of multiple e-marketplaces as well as offline vendors and service providers, serving up approved and preferred vendors chosen by the agency. It can check purchase requests against inventory to see if the item is already in stock somewhere. It provides approval workflows, fraud detection, analytics, and tracking against budgets, and integrates with the ERP system so all that information flows back into general ledger accounts.

Think of it as a kind of traffic cop managing the flows of information between buyers, suppliers, transactional systems and systems of record. It’s tempting to say, well if you can buy from Amazon through the e-portal, why not just go straight to Amazon, but you need that layer in there—in both business and government.

Finally, there’s the concern about customization, which I’ve written about in a previous article. The conclusion from the proof of concept is likely to be that e-portals connected to e-marketplaces and other suppliers are the way to go.

The government currently operates some custom-built e-portals and similar customized procurement solutions. So, inevitably, someone is going to raise the question, why don’t we just further customize the portal we already have and hook it up to Amazon and other e-marketplaces?

There are so many reasons why that is a bad idea, but the bottom line is that if you want to run the government like a business, or even if you just want to do this more efficiently, the business world is moving away from customized software for standardized business processes such as procurement, and embracing configurable cloud-based applications.

It makes sense to customize when you have unique business requirements, but the process of buying is 80-90 percent the same in every organization, including government. The specific rules may be different, but the rules are configurable in the system. There’s no need to reinvent the wheel when a best of breed software provider has already built a wheel leveraging best practices from thousands of organizations. That frees up IT resources and gives government agencies a lot more speed and flexibility in responding to changing conditions.

That’s what we all want—faster, easier buying; more transparency, less waste, and less bureaucracy. That’s our 2020 vision for federal government procurement, and it is achievable. We may not have one-click buying and same day shipping. There will always be some bureaucracy, but we can make it a whole lot less painful than it is now if we don’t let the Amazon Effect cloud our vision.