What Can Blockchain Do for Public Procurement?

How Government Agencies Can Revolutionize Their Interactions with Citizens

To some extent, blockchain technology is like an iceberg. What you see is just one tiny fraction of what is hidden beneath the surface. Most people have heard of the blockchain in connection with digital currencies, such as Bitcoin. As a result of this association, many people tend to place the blockchain in a category of high-tech reserved for hackers or geeks. Some may even go a step further and associate blockchain technology with unsavory things like illegal trade on the dark web. In reality, although there is undeniably a lot of hype surrounding the blockchain, it has many valuable applications for the public and private sectors, and for the field of procurement.

This article is packed with information about what blockchain can do for public procurement. Stay tuned to learn about: 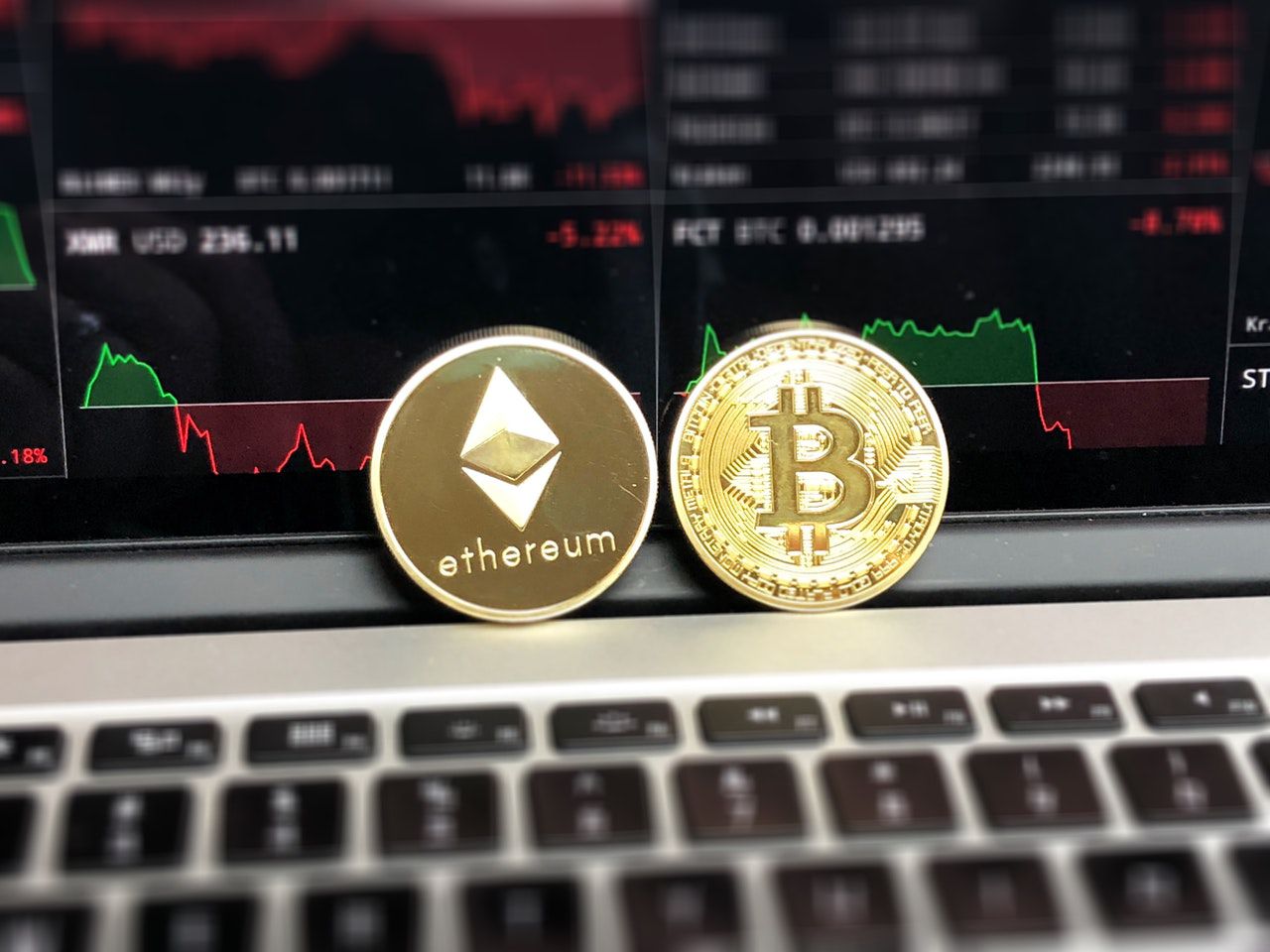 Blockchain is often associated with digital currency, but it’s much more than that. Keep reading to learn how blockchain can benefit the field of public procurement.

Blockchain, a Form of Digital Trust

Many who do not have negative associations with blockchain technology might describe it as a type of ledger (which it is), but this description does not really do it justice either. Instead, describing blockchain as a form of digital trust is more meaningful. Trust is at the center of public and private affairs, and this description gives a better sense of the full range of applications and possibilities that blockchain has to offer.

Blockchains allow us to have a distributed peer-to-peer network where non-trusting members can interact with each other without a trusted intermediary, in a verifiable manner. Blockchains and Smart Contracts for the Internet of Things, Institute of Electrical and Electronics Engineers (IEEE)

By design, blockchain technology stores information in a securely so that it is unalterable, traceable, and robust. It has wide-reaching applications in the public sector, especially because government agencies can use this technology to replace existing processes and systems which are inefficient because they are currently lacking trust and a clear source of truth. Blockchain technology would also address a key challenge that determines how business is done in the public sector: fraud prevention and transparency. For example, birth and death dates or information about marital status, business licensing, property transfers, or criminal activity could easily be managed in the blockchain. This would replace paper or siloed databases and make updating and maintaining these records much easier (just imagine: no more visits to government offices!).

Given the potential benefits, it is no surprise that most governments have begun exploring this technology. According to The Economist, “nine in ten government organisations say they plan to invest in blockchain technology to help manage financial transactions, assets, contracts and regulatory compliance by next year.”

Here are several interesting examples of how blockchain technology is already being implemented:

Dubai is another example. “Dubai Aims to Be a City Built on Blockchain” as The Wall Street Journal wrote in April this year. It has ambitious plans for blockchain. The Crown Prince of Dubai has pushed for a strategic plan that would see all official documents secured by blockchain technology by 2020. The goal is to simplify interactions between government agencies and citizens. As Dubai is also a huge commercial hub, it also aims to simplify how businesses interact with local authorities. Even just these few examples are proof that blockchain can have many valuable applications in public Procurement! 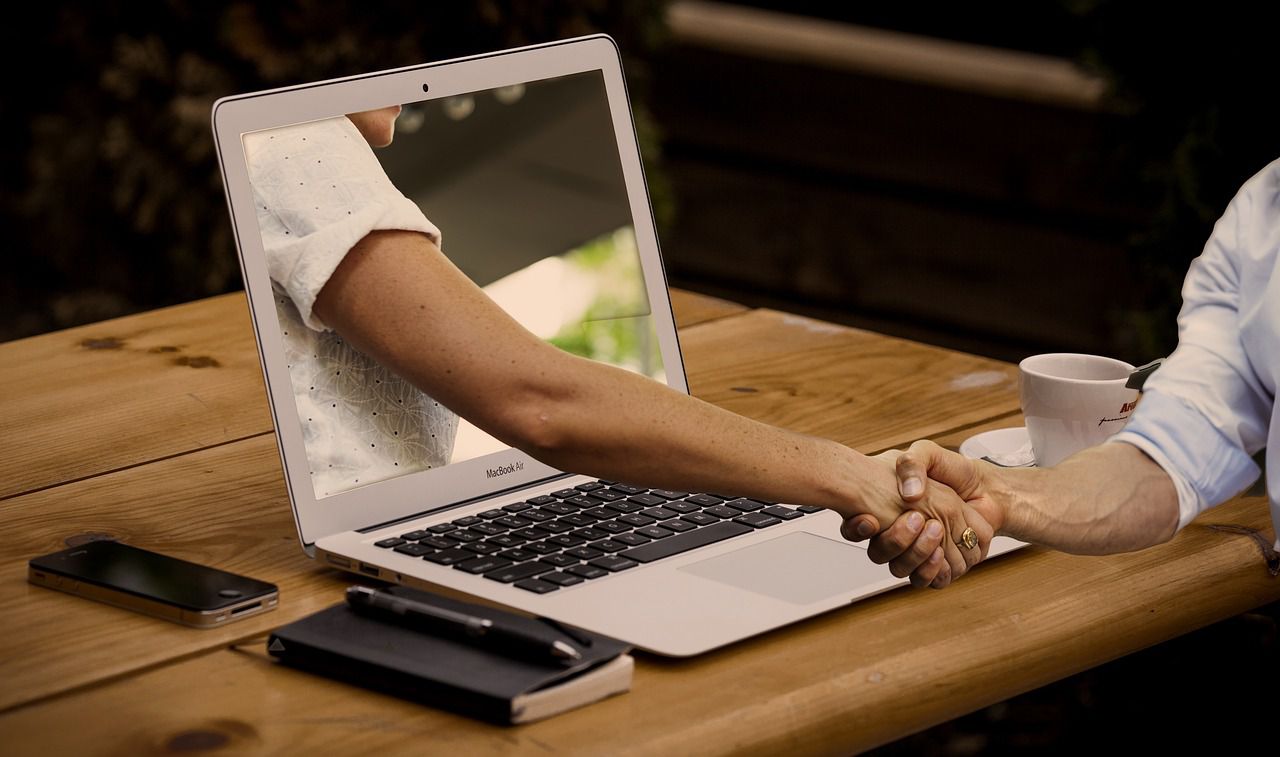 It can be difficult to establish digital trust, but with blockchain, public procurement people won’t have to worry about it anymore.

(Some) Applications for (Public) Procurement

Blockchain’s potential for simplifying “transactions” between citizens and governments is also applicable to the business world. Beyond its obvious application as a part of streamlining payments with digital currencies, it can also be applied to many other areas and processes that are currently paper-based and that rely on trust between business partners in the value/supply chain. Here are some examples:

The Maersk example also offers a glimpse of blockchain’s hidden potential. The article mentions a possible extension of the application ”to optimize freight flows by publicly identifying empty containers and finding takers for the extra capacity.” This optimization of free capacity/surplus is very similar to the business concepts of companies like Uber and Airbnb. Blockchain can serve as a foundation for the platform economy!

In addition to making transactions more secure and efficient, blockchain technology can also increase transparency in the supply chain. It can be used to store and record all the transactions and exchanges of ownership at every step of the value chain, from the extraction of raw materials to the customer. It is unsurprising, therefore, that this particular application of the blockchain is most commonly cited as a key area of interest by organizations researching blockchain technology.

In the public sector, transparency is paramount. Blockchain technology combined with the use of smart contracts could tremendously improve the tendering process. Here are some potential advantages:

It would also guarantee that contracts are properly executed (especially when looking at the possibilities of coupling Blockchain with smart contracts and the Internet of Things):

Trust is built on two main pillars: identity and reputation. As it is cryptographic by nature, the blockchain embeds mechanisms that ensure that people are who they say they are. It connects a person’s identity with other credentials:

Using the blockchain and strong cryptography, it is now possible to create a certification infrastructure that puts us in control of the full record of our achievements and accomplishments. It will allow us to share a digital degree with an employer while giving the employer complete trust that the degree was in fact issued to the person presenting it. Certificates, Reputation, and the Blockchain, MIT Media Lab.

The second pillar of trust–reputation–is nothing more than the outcome of past transactions. These transactions are  logged securely and transparently in the blockchain, which makes it easy to evaluate someone’s reputation.

Reputation measures how much the community trusts you, and is calculated on your previous transactions and interactions with the community. The greater your reputation, the more trustworthy you are seen to be on the network and, with a user’s reputation on the line, users choose to behave more honestly on the network. Rep on the block : A next generation reputation system based on the blockchain , School of Computing University of Portsmouth, U.K.

Interestingly, Dun & Bradstreet, a service provider that many Procurement organizations use for financial monitoring of suppliers, recently launched a new service that expands “the value of the D-U-N-S® Number through blockchain technology.” Among other things, it addresses the topic of reputation management to help increase security and confidence in supplier discovery and B2B commerce activities.

Overall, blockchain would drastically reduce the risk of doing business with a new partner, opening the door for more competition and more participation in public tenders. It would also remove the barriers to entry for smaller suppliers who are currently not participating in public tenders due to the high costs involved. 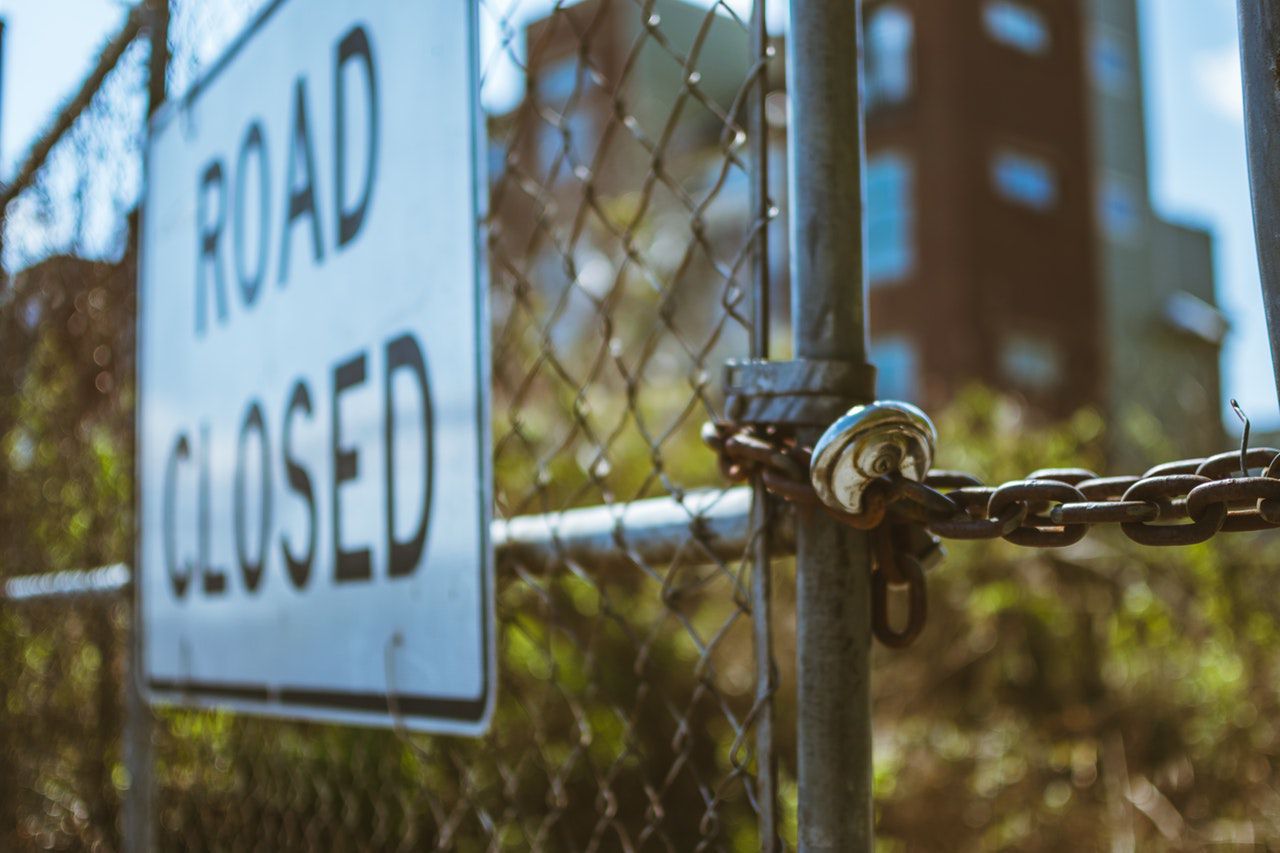 While blockchain offers plenty of exciting benefits to public procurement, there are also still some valid concerns about adopting blockchain– like getting locked in.

Do Not Fall for The Hype

It is true that the blockchain has many potential benefits. However, it is also important to consider some of the obstacles, limitations, and inherent risks associated with this relatively new technology.

One limitation of the blockchain is scalability. The way in which records are processed makes the blockchain a secure repository. However, this security comes at a price: speed. It can be too slow for real-time applications and even for good usability. Furthermore, the more transactions/data logged in the blockchain, the higher the risk. (It is, by the way, one of the reasons why Bitcoin recently split in two)

Another aspect that may explain why organizations have not yet embraced blockchain is the risk of being locked in. Except in the case of organizations running their own blockchain network (which would go against impartiality–one of the advantages of the blockchain), a third-party-operated blockchain could become “a prison for […] data that will come with hefty prison maintenance fees.” So, until these questions of data ownership, portability, and interoperability are addressed, companies may limit their investments in and implementations of blockchain technology.

Another factor to consider is the potential for a breach of security. The blockchain is said to be unhackable because it relies heavily on cryptography and peer-to-peer networks that make it very robust and resilient. However, history has proven that it may be just a matter of time until someone with the right motivation (fame, money,…), tools, and enough time on their hands, could one day, hack it. As the blockchain becomes more and more popular, so does the payoff for any potential hackers. 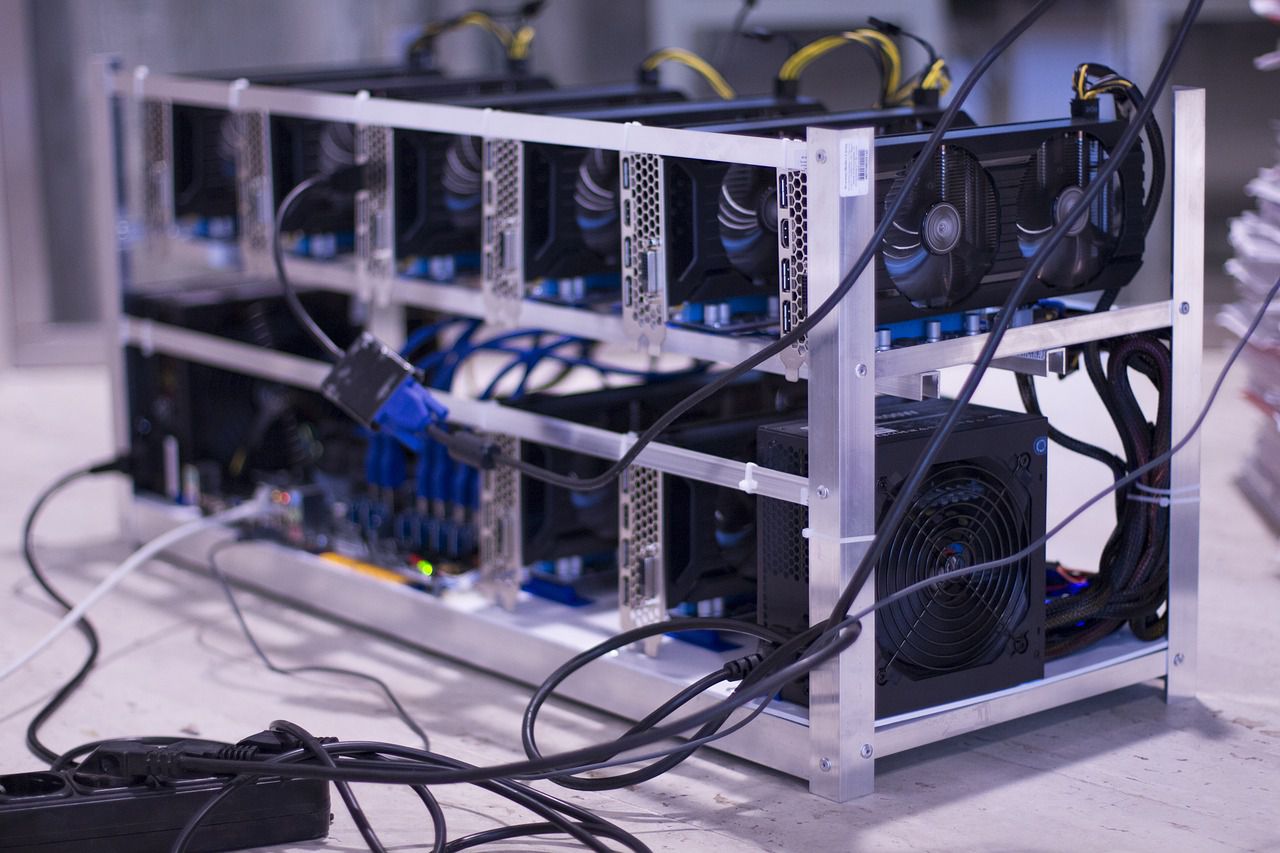 Blockchain is a tool that can revolutionize the way the private sector interacts with citizens, making it a breakthrough that’s worth investigating further.

The blockchain is definitely a revolutionary breakthrough that could transform how business is done (some even say it could even transform society). This is why it is often compared to the impact of the World Wide Web. It certainly represents a massive opportunity that the public and private sector should not overlook. Organizations have to investigate these new possibilities and make an informed decision to test drive this new technology and then scale it.