How the USA Scores in the World Bank’s Latest Assessment of Government Capability to Prepare, Procure and Manage PPPs

The 2018 report also has another valuable goal in that it aims to help governments, partners and stakeholders identify areas for reform to achieve more transparent, competitive, and efficient PPP procurement systems and increase private sector participation in infrastructure and service delivery.

The following exhibit is taken from the 2018 report (see page 213) and shows where the USA stands in the procurement of PPPs in 2018. Overall the USA improved its scores in 2018 in comparison to 2017 with one exception. 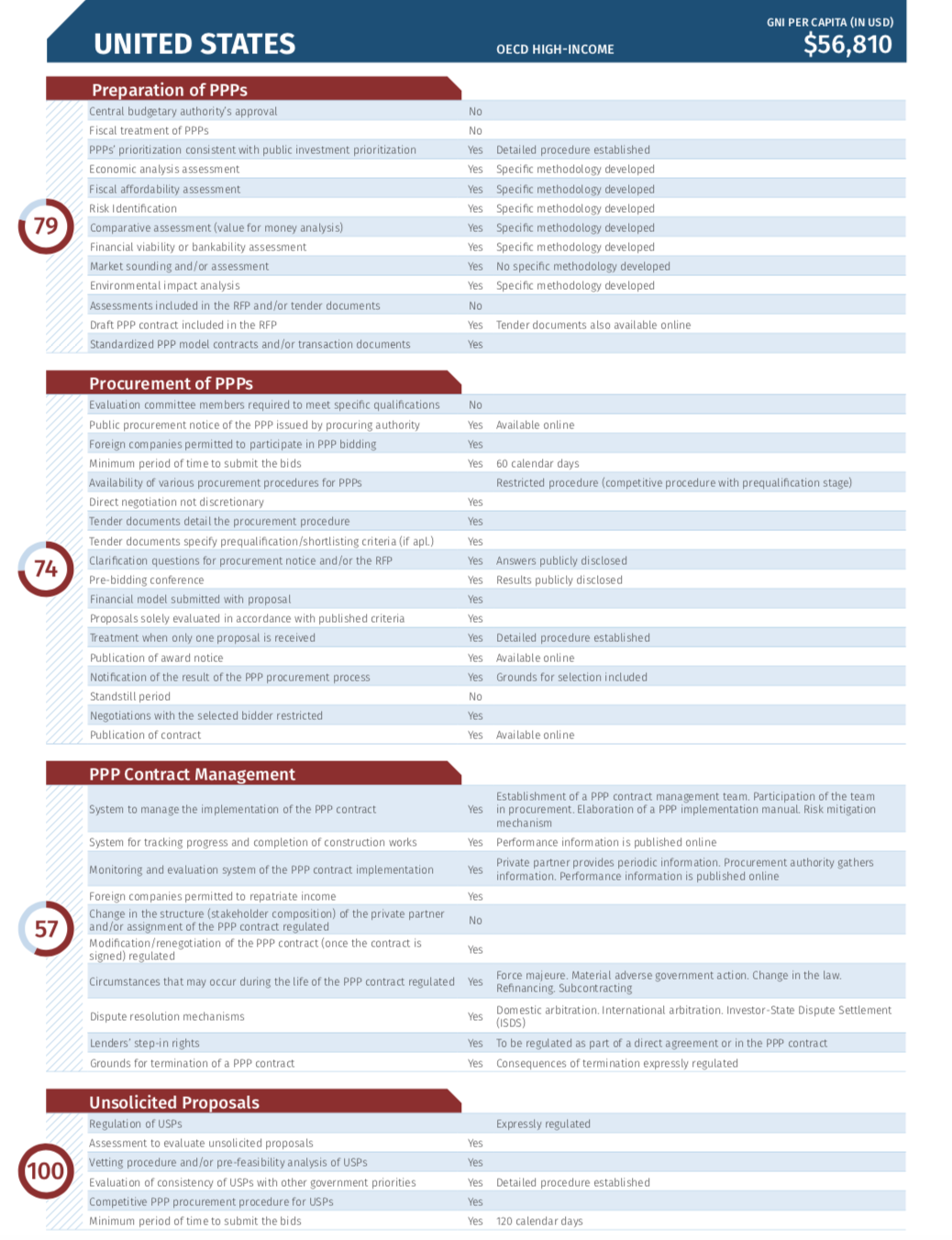 It should be noted that the PPP enabling environment differs from state to state due to decentralized state PPP laws and implementation practices for non-federal infrastructure projects.

The US ranking provides potential international and domestic PPP investors and developers with insights into the holistic health of the USA PPP enabling environment which is important in the context of the federal government’s efforts to push state governments to fund their own infrastructure projects. The improvement in the 2018 scores over 2017’s scores is encouraging and investors should take note. It will be interesting to see if the 2019 score for procurements improves or continues with a downward trend.

In addition to scores for the USA, additional information on 134 other countries is available in this report.