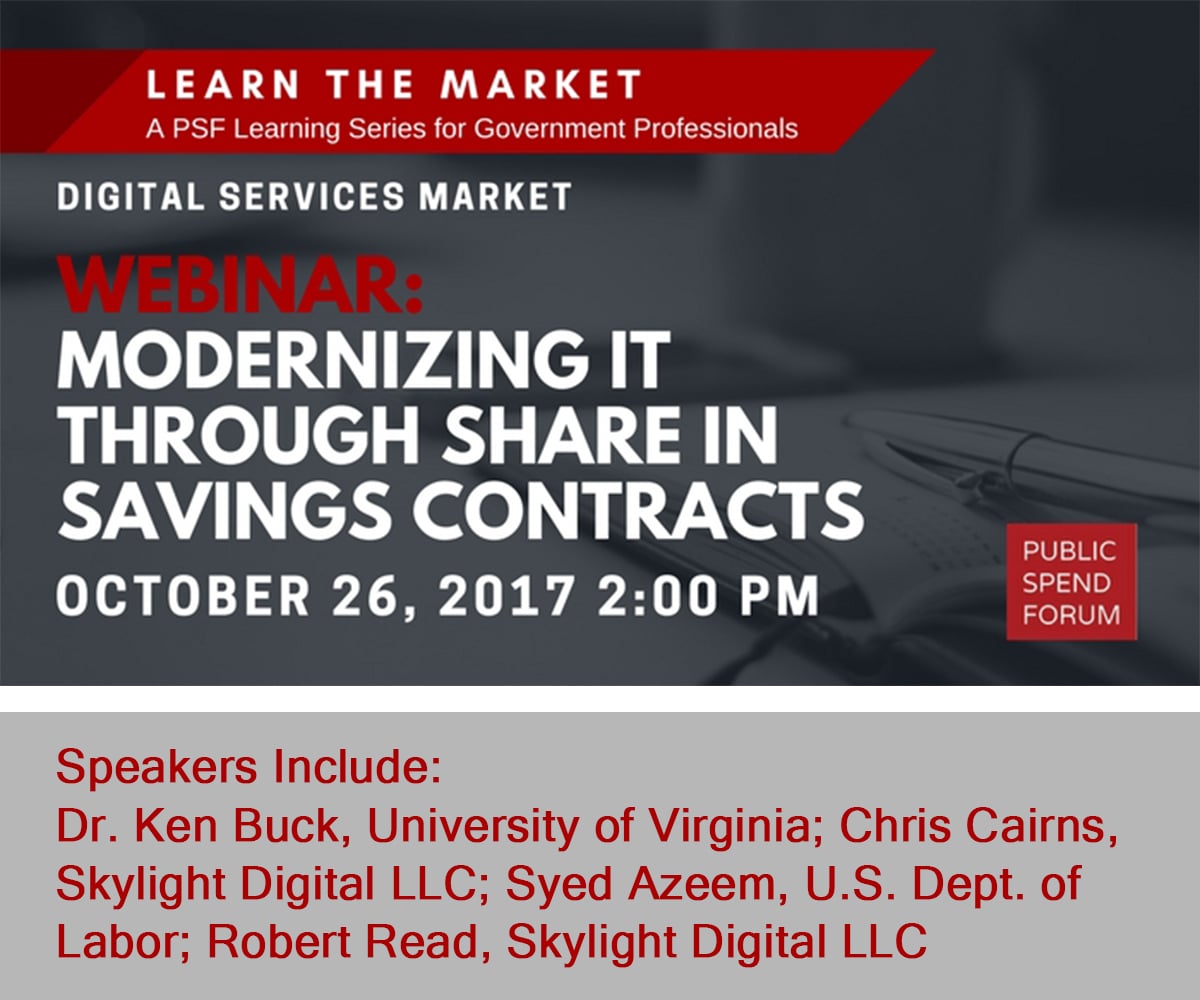 Government professionals looking to modernize their legacy IT systems have reason to be optimistic as we begin the new fiscal year. Building on the Trump Administration’s sustained interest in improving government technology (a trail well blazed by his predecessor) is a renewed appetite for innovative contracting techniques that will help the interest become reality.
One such technique is Share in Savings (SiS) and incentive-based contracts, where an agency puts less money down for a new system in exchange for rewarding the contractor through a share of future savings or revenues. First introduced in the E-Government Act of 2002, and recently the subject of a thoughtful blog series from two former 18F technologists, SiS recently appeared in a request for information from the Office of Management & Budget. OMB appears genuine in its intent to explore the mechanic as it sets out to modernize the government’s electronic personnel file.
Could a trendy innovation that ran out of gas over a decade ago be coming back into fashion?
If so, it’s not a moment too soon. SiS and incentive-based contracts are simple in theory and make a lot of sense for IT modernization. For one thing, the government doesn’t have to pay the entire costs of the project up front. That’s important given the lack of funding agencies have within their IT budgets. Congressional estimates show nearly 75% of an agency’s IT appropriation is committed to operating and maintaining its legacy systems.
In lieu of baking profit into a fixed price or other arrangement, SiS and incentive-based approaches link financial rewards to the success of the contractual outcome. The more successful the outcome, the more reward there is to share between government and contractor.
It’s performance based contracting in its purest form.
Furthermore, modern software delivery practices and technologies can break down complex efforts into modular components, thereby reducing the upfront capital needed to fund modernization efforts. When you pair modular contracting with the availability of more affordable cloud computing and open source software, it’s reasonable to be a little optimistic.
So if SiS style approaches are so great, why aren’t agencies using them? That’s a more complicated question. Fortunately, it’s going to be the subject of our upcoming webinar, scheduled for Thursday, October 26 at 2pm.
Join us as we delve deeper into SiS and incentive-based contracting methods with an all-star panel of technologists and federal procurement gurus. Register today, and post any questions or comments that you’d like us to include in the program on our open discussion thread.
#Supplier and Contract Management