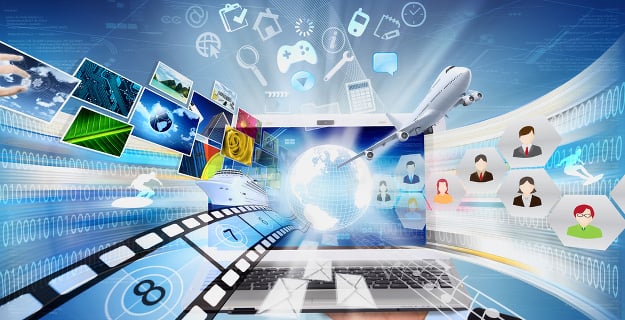 On Tuesday, January 9 the General Services Administration (GSA) convened a public meeting to discuss the implications and ramifications of Section 846 of the 2018 National Defense Authorization Act (NDAA), Procurement Through Commercial e-Commerce Portals. This amendment (dubbed the “Amazon amendment”) will permit government agencies to buy commercial products through online portals like Amazon, Overstock, Staples, and Walmart.

Implications abound, from privity of contract to dealing with preference programs to determining how competition will best be served. GSA’s public meeting was an opportunity to discuss these issues as part of an ongoing dialogue that started with a request for comment and notice of yesterday’s meeting in mid-December.

The public meeting, organized into sessions by GSA, started with a discussion about the general design of the commercial e-commerce program with representatives from Amazon, Overstock, and the AbilityOne program. Key questions centered around the contractual relationship (is it between the government and the portal provider, the government and the supplier, or all three?), the responsibilities of the parties involved to ensure compliant purchases, and how socioeconomic programs like AbilityOne would be affected.

Panel two focused on buying practices and included Raj Sharma of Public Spend Forum, Matthew Cromar of SAP Ariba, and Stephanie Lambert of Staples. The opening statements from each panelist helped to clarify the questions at hand, giving GSA plenty to consider as they execute the vision of Section 846.

For one, while there are many e-commerce portals to choose from, there are e-Procurement systems like SAP Ariba that enable buyers to purchase across available portals. They also alleviate some of the challenges raised in the morning panel, such as ensuring that procurements comply with rules and regulations by programming them into the software.

The opening remarks from Lambert described how the Staples platform (already in use in the public sector) positions it as the seller of record, which includes the responsibility to vet all the suppliers and products offered in the portal. As a platform already in use, Lambert was able to illuminate specific implementation challenges that would face any upstart e-commerce portal such as appropriately clearing delivery personnel and the process for gaining entry into secure facilities. The operation Staples has developed to meet all of these challenges required years of investment and preparation, and any future arrangement that obviates these responsibilities for new players could put it and other existing platforms with a history of serving government at a disadvantage.

Raj Sharma delivered his remarks and implored GSA to ensure that it clearly defines the objectives it hopes to achieve in delivering the intent of Section 846. Rather than spend months thinking about the best solution, Sharma recommended a rapid prototyping approach that could give GSA actual data about how certain platform and portal solutions could add value to its defined objectives.

He suggested that thinking just about e-commerce portals would be too narrow, pointing to the additional benefits of e-Procurement sites like Ariba that can incorporate agency-specific rules and e-Marketplaces like Amazon that can more easily on- and off-ramp suppliers. Furthermore, GSA should neither ask for nor develop a customized government e-commerce solution, but rather look to reconfigure or adapt existing platforms to the government’s unique buying process. With transparency and visibility into the process, Sharma championed how Section 846 could lower the barriers to entry for suppliers looking to enter the public sector market.

During the question and answer session following the statements, GSA’s panel honed in on the specifics of public sector buying from e-commerce portals. Given the government’s focus on competition, could the panel envision a future state where purchase card holders could order commercial goods with little more than a brief price comparison and no formal solicitation document?

This question elicited a fairly predictable set of responses from the panel, ultimately leading to a consensus opinion that it depends on the items being ordered and the rules that govern the buying organization, but that such streamlined buying could certainly be achieved. Sharma pointed out that permitting individual purchase card transactions for common items could come at a cost: volume purchase discounts and other advantages associated with category management.

The day concluded with a final panel discussing the implementation challenges associated with Section 846. Look out for more coverage on this discussion from Public Spend Forum at a later date!