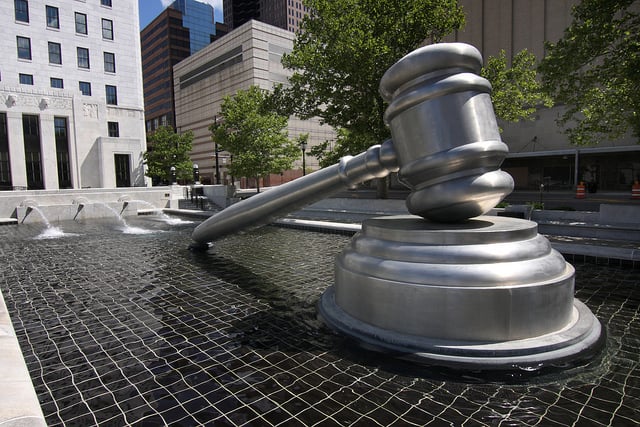 The Government Accountability Office (GAO) has issued its annual report on bid protest statistics, and the numbers show a jump from 68 sustained protests in 2015 to 139 in 2016. The number of protests filed rose by 6% over 2015, but the sustain rate jumped from 12% to 22.5%. GAO did not provide any information as to what accounted for the increase. According to the report, the most prevalent reasons for sustained protests were “unreasonable technical evaluation, unreasonable past performance evaluation, unreasonable cost or price evaluation, and flawed selection decision.”

Jason Miller writes about a conflict over the Small Business Administration’s (SBA) interpretation of the recent Supreme Court decision that the “rule of two”—that the Department of Veterans Affairs must set-aside all contracts when market research shows two or more qualified businesses may make a reasonable offer. According to the article the SBA is “expanding that Supreme Court ruling to apply to all task and delivery orders under [the simplified acquisition threshold] if the request for proposals comes under the General Services Administration’s schedules.”

Mary Davie, assistant commissioner of the General Services Administration’s (GSA) Office of Integrated Technology Services, updates on the status of the Mobile Services Category Team (MSCT), currently at work crafting a strategy for a government-wide approach to buying mobile services. Davie said the team has three main objectives, standardization, simplification and savings. She also writes that the team has gleaned insights from industry, including recommendations to simplify core product offerings to reduce complexity and cost and have standard terms and conditions that require less negotiation.

What Can FSSI Teach Agencies about Category Management?

Kelly Hahn of Censeo Consulting Group looks at a recent GAO report on the Federal Strategic Sourcing Initiative (FSSI), and finds three lessons for agencies as they implement category management initiatives. Among the recommendations is to not rely on overarching, government-wide solutions, and to establish well-defined performance metrics to track compliance at the agency level.

At least eight companies have filed protests of the new $1.54 billion Flexible Agile Support for the Homeland (FLASH) agile development contract vehicle. A group of 13 vendors were pre-approved to sell agile services, but the contract has been halted by vendor protests. The department selected the 13 companies out of 114 after the competing companies demonstrated their capabilities in a technical challenge.