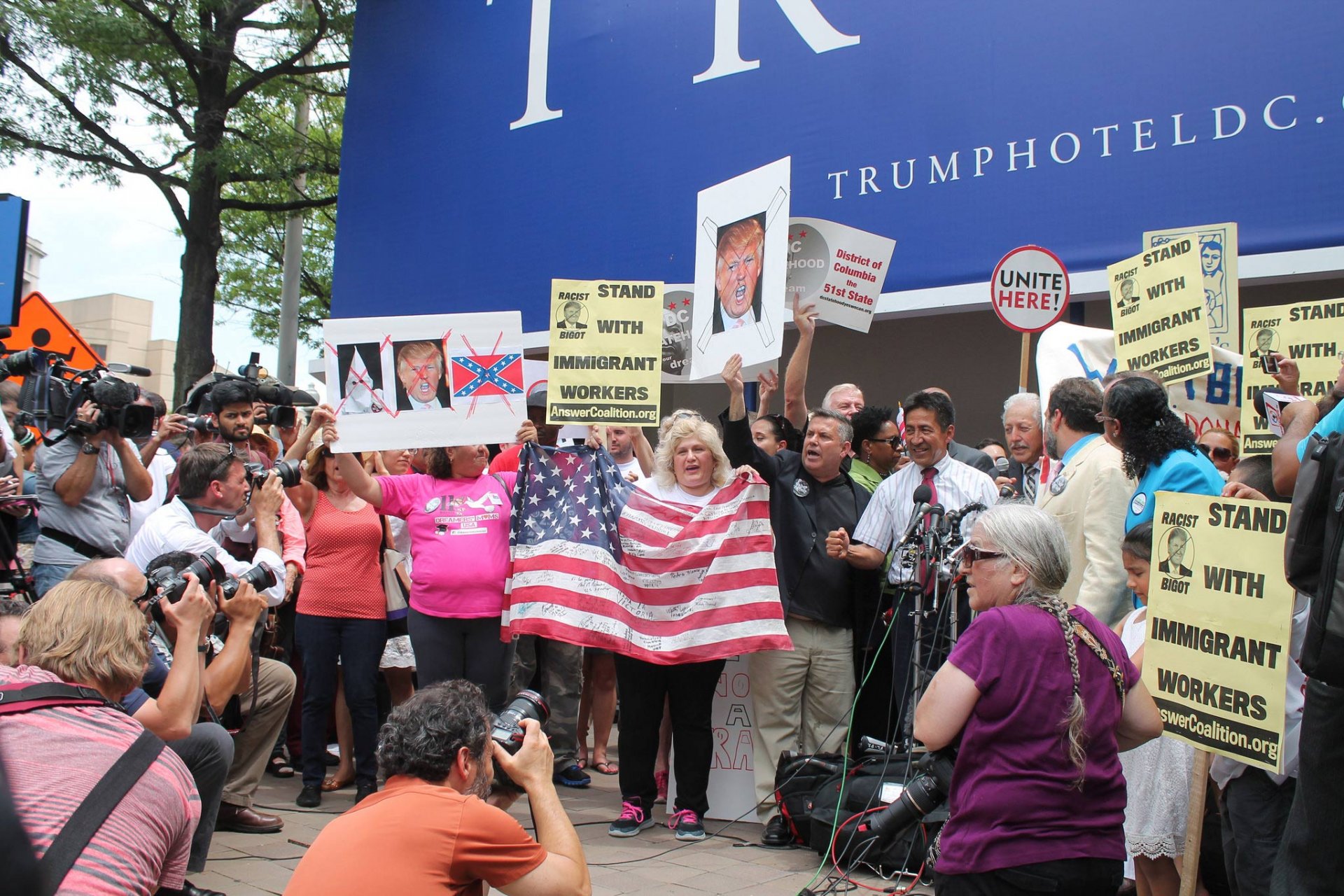 Following President-Elect Donald Trump’s press conference yesterday announcing how he will structure his business dealings once he is in office, the General Services Administration (GSA) released a statement regarding Trump’s lease of the Old Post Office site, now the Trump International Hotel. The statement reads: “GSA understands that an announcement has been made to change the business structure of the Trump Organization. We are seeking additional information that explains and describes any new organizational structure as it applies to the Old Post Office lease. Upon receipt, consistent with our treatment of any contract to which we are a party, we will review this new organizational structure and determine its compliance with all the terms and conditions of the lease.” Many have complained that the president’s lease presents a conflict of interest.

In a blog post, the Information Technology Industry Council (ITI)—a trade group representing large information technology (IT) companies—called for the new Congress and the Trump administration to collaborate with the tech industry. Andy Halataei, ITI’s senior vice president of governmental affairs, outlined four priority areas the tech industry and government should work together on, including updating the tax code and ensuring market access. Halataei also identified updating the acquisition and procurement process, writing: “Congress should reform the way the federal government procures and utilizes technology to ensure all government users keep pace with innovation and modern solutions.”

A group of senators reintroduced the Developing and Growing the Internet of Things, or DIGIT, Act this week, designed to promote the growth of the connected device industry. The bipartisan bill would establish a working group, including both federal and private-sector representatives, to identify the regulations or practices “inhibiting or could inhibit the development of the internet of things,” the bill says. That working group should also identify the policies that would “improve coordination among federal agencies with jurisdiction over the internet of things.”

The Department of Justice announced that Shire Pharmaceuticals, LLC and other subsidiaries of Shire plc (Shire) will pay $350 million to settle federal and state False Claims Act allegations that the company engaged in a kickback scheme to get clinics and doctors to use its product. The product in question is “Dermagraft,” a bioengineered human skin substitute. DOJ alleged that Dermagraft salespersons unlawfully offered everything from lavish dinners to unwarranted payments for purported speaking engagements and bogus case studies to induce the use of Dermagraft.