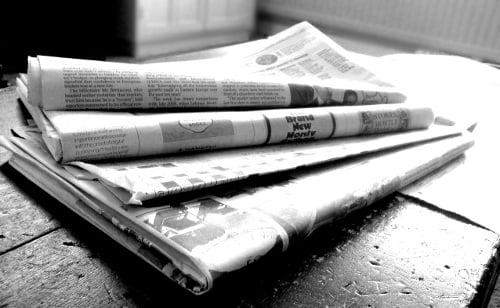 The Federal Acquisition Regulation (FAR) Council has published another Federal Acquisition Circular, including five previously released rules: Uniform Use of Line Items; Acquisition Threshold for Special Emergency Procurement Authority; Contractor Employee Internal Confidentiality Agreements or Statements; Contracts Under the Small Business Administration 8(a) Program; and Prohibition on Reimbursement for Congressional Investigations and Inquiries. The rule about confidentiality requirements prohibits the government from contracting with a company that prevents its employees from reporting waste and abuse, and the 8(a) rule includes a number of clarifications regarding the program.

Kelman Proposes Agile 2.0 for IT Contracting

Former Office of Federal Procurement Policy (OFPP) Administrator Steve Kelman follows up on his post from last week by looking at how Elon Musk’s SpaceX is approaching contracting and how IT procurement could learn from that approach. Kelman reiterates his view that agile contracting is the best way forward for IT, but also sees how there may be a new way. “I want to put out there for discussion in the community what we might want to call agile 2.0 – which introduces multi-vendor competition for agile sprints and explores having individual sprints done on a fixed-price basis.” Free registration is required to read this article.

GAO Rules Against VA in Protest

But GAO did sustain the protest of Walker Development & Trading Group, Inc., which argued the Department of Veterans Affairs (VA) improperly cancelled a request for quotation (RFQ) for laundry services, and the extension of the period of performance of an existing contract for the same services. After receiving quotes, and re-opening the RFQ once, the VA cancelled the solicitation and—Walker alleges—essentially awarded a sole-source contract to the incumbent. GAO sustained the protest, finding agency did not have a reasonable basis for cancelling the solicitation or for extending the period of performance for the existing contract.

Illinois May Use Procurement Laws to Fight Back Against Striking Workers

The State of Illinois is facing down a strike from its union workers, and the state’s Deputy Director of Labor Relations, wrote a letter to employees stating that the state could replace them in the event of a strike. “Additionally, the State’s procurement laws contain an exception that allows the State to immediately engage outside vendors in the event of an emergency such as a strike,” he wrote. “In sum, the State is prepared to continue delivering critical services to its citizens with or without employees who choose to go out on the picket line.”

Gentry Debord, a U.S. Navy Lieutenant Commander, was sentenced to 30 months in federal prison after pleading guilty to accepting a bribe from Glenn Defense Marine Asia (GDMA) as part of the large “Fat Leonard” bribery and fraud scandal that has indicted a number of senior Naval officials. Debord admitted that he instructed Glenn Defense Marine Asia (GDMA) executives to inflate their invoices to the Navy to cover the cost of various illicit gifts provided to him. Those gifts included cash, luxury hotel stays and prostitutes.