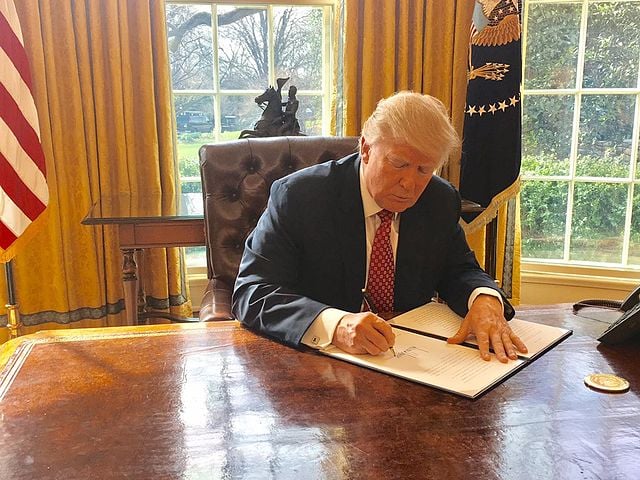 It’s no surprise President Trump has been systematically dismantling President Obama’s executive orders, since taking office. Obama himself knew it was a possibility: Frustrated by a partisan logjam in Congress, Obama turned to executive orders to enact his agenda. But executive orders only stand up so long as the executive stands with them.

So it’s again no surprise that President Trump signed an executive order yesterday, revoking several of Obama’s executive orders, including the controversial “Fair Pay and Safe Workplaces” executive order. That order had been a lightning rod since Obama first signed it in 2014. At issue was a clause that required companies to report any labor law violations—including unresolved allegations—in the previous three years when bidding for a government contract valued at $500,000 or more. Labor advocates had argued the order was necessary, to prohibit companies that mistreated or took advantage of employees from benefiting from taxpayer-funded work. But industry claimed the rule was duplicative of other regulations and reporting requirements, and that it essentially amounted to a “blacklisting” rule.

In December, just before the final rule was set to be enacted by the Department of Labor, a federal judge in Texas issued a temporary injunction against it, essentially delaying its implementation until a new president was in the White House. Congress repealed the rule by use of the Congressional Review Act, and President Trump hammered the final nail with yesterday’s EO.

But what’s interesting is that, while the Fair Pay and Safe Workplaces caused such a stir because of the “safe workplaces” half of the EO, in revoking the executive order, Trump has also revoked the “fair pay” side. The judge’s injunction only stopped the labor law violation reporting, but the paycheck transparency rule, which required contractors to provide proper wage statements to workers notifying them of deductions, hours worked, etc., went into law on January 1, 2017. That’s now wiped out, as well.