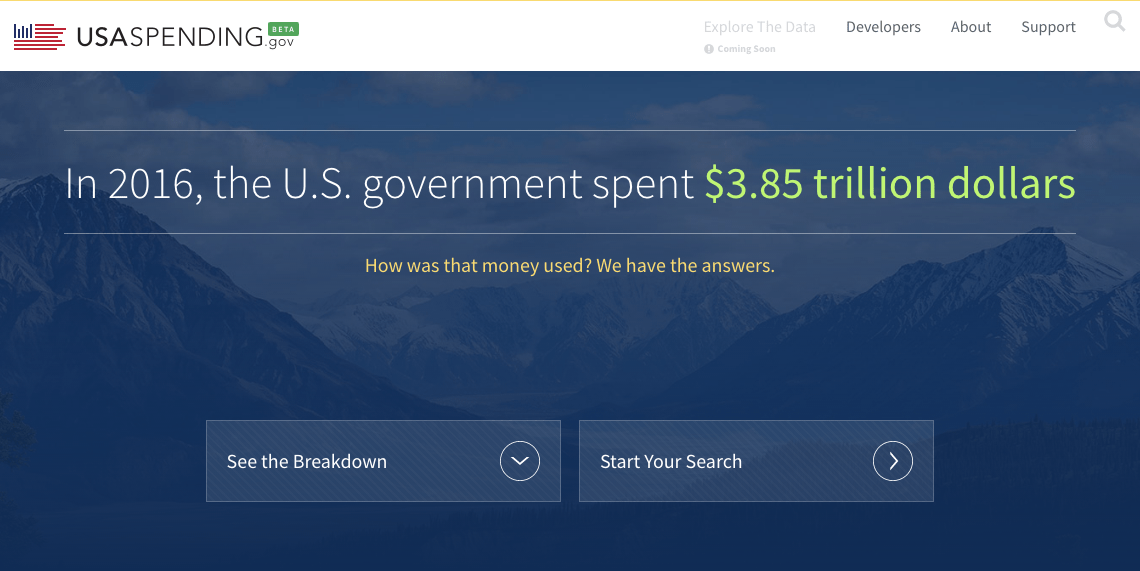 The U.S. Treasury Department has released a new beta version of USASpending.gov, an update to the spending data site three years in the making. The beta version of the site provides standardized data on agency appropriations and expenditures, which can be organized by agency and by category, as well as accessed by application programming interfaces, meaning third parties can design tools to access the data. The Beta.USAspending.gov site was developed by 18F and the Treasury Department.