10 Drone Companies in the Government Market to Watch For

all posts
Cutting-edge tech is moving faster than, well, a speeding drone. With continuous advancements in the Unmanned Aerial Systems (UAS) space, we’ve compiled a guide of the Top 10 emerging UAS companies that are delivering impact to critical government missions across Federal, state, and local agencies from coast to coast.

This blog focuses on the diverse and emerging backgrounds of the listed suppliers pivoting their major functionalities, and worldwide accepted terminologies, which might assist a buyer make an informed decision.

You can learn more about these companies on Govshop powered by PublicSpendForum, an ecosystem for public sector buyers and suppliers. Over 250 federal/state/local agencies use GovShop to search through 2 million traditional and non-traditional suppliers. GovShop is an Artificial Intelligence-powered Market Intelligence platform to help public sector buyers and suppliers discover and collaborate with each other.

10 Drones and Unmanned Aerial Systems Companies to Watch, by GovShop:

Unmanned aerial vehicles are leveraged across a broad range of industries and missions. Sure they make a great Christmas gift, but the emerging companies listed below aren’t just for the photographers on your list — they’re the companies supporting DoD missions, monitoring traffic, moving objects in dangerous environments, surveying hazardous areas — and much more. 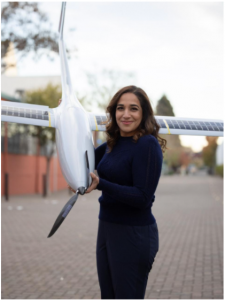 The K1000ULE Unmanned Aerial System, the flagship product by Kraus Hamdani (named for its founders, Stefan Kraus and Fatema Hamdani), is a zero-emissions drone that can fly longer than any other electric aircraft of comparable size and weight.

With a total flight time of 14-16 hours, this drone has had a significant impact in the past few years when supply chains have been strained and natural disasters are occurring at alarming rates. Kraus Hamdani Aerospace has worked with the US Army, Air Force, and the Navy, and has made critical contributions towards aerial fire management, emergency response, and wildlife preservation.

Mesodyne’s LightCell generator has been widely recognized. They’re a Mass Challenge START Phase 1 winner, was awarded an AFWERX SBIR (Small Business Innovation Research) Phase II contract for the LightCell, and were also the recipient of a research contract by DARPA (the Defense Advanced Research Projects Agency).

Mesodyne’s LightCell is an innovative power generator that converts fuel to electricity using light. The LightCell is compact, silent, powered by any fuel, and has up to ten times the energy density of lithium-ion batteries, enabling its patented technology to power remote unmanned systems, drones, warfighters, and emergency responders, creating an immense impact for critical missions across defense agencies.

One drone doesn’t fit all — instead, Action Drone customizes drones for specific work and provides tailored training to clients who range from the US Army, Navy, and Department of Homeland Security to cities and counties in California, as well as commercial companies.

One of their most salient applications is Action Drone’s work in wind turbine inspections. Combined with the strategic planning and engineering prowess of their team, Action Drone is capable of inspecting an average of 18 turbines a day with an impressive max record of 31 turbines in a single day.

With over 35 years of experience in the UAS field, Sky Flight Robotics is powering farmers, researchers, surveyors, geologists, and environmentalists by using drone-based imagery to make informed, cost-effective decisions.  They are a certified woman-owned, small business serving both government and commercial clients with a primary focus on customizing integration kits for unmanned aircraft systems. Buyers from across government and commercial sectors or those purchasing for private use can purchase a variety of high-quality, compact drones and integrated camera units directly from Sky Flight Robotics.

Accurate, updated geospatial data can make a world of difference to workflow, safety, and productivity, all primary goals of Droneview Technologies. With clients across the US in the private sector, as well as across municipal, state, and federal sectors, Droneview Technologies provides high-accuracy mapping and geospatial solutions. Since the company’s inception in 2015, they have provided high accuracy mapping and geospatial products to clients across industries: energy, airports, the solar, wind, oil/gas, mining/aggregates, landfill, infrastructure, land development, construction, among others.

Though their name has “drone” in it, Droneview Technologies provides a variety of services other than drone technology, including:

It’s in their name: Dronegenuity – drones + ingenuity. Drongenuity’s mission is to simplify the world of drones, and they do this by providing drone imagery and data for companies across sectors and sizes — ranging from mom-and-pop shops to larger government agencies. Dronegenuity’s orthomosaic mapping vertical captures enormous swaths of the area, even hundred-acre properties with precision and detail. Their software then stitches together hundreds, or even thousands, of high-res images to create accurate orthomosaic maps for surveyors, government agencies, or the real estate segment.

Dronegenuity supports agricultural ventures through unmanned drones capable of carrying 25+ lbs of liquid to autonomously spray large swaths of fields, and they play a key role in wildlife conservation by gathering data through autonomous drones from remote locations. 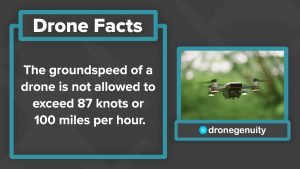 Aquiline Drones was founded by a group of highly experienced aviators and deep tech experts on a mission to redefine drones with AI and the cloud. Their specialty is the ability to “deploy autonomous drones with real-time control using the AD Cloud to reduce cost, maximize ROI and create new business value.” And they’re doing just that from clients ranging across government agencies and commercial sectors. In addition to their work supporting critical medical response missions, life-saving insights for law enforcement officials, and surveillance tech for mobile security, what struck us were their deployments of unmanned aerial systems (UAS) for farmers and wildlife.

UAVOS is a global company that offers a diverse range of services, from drones available to lease worldwide, to aerial inspections by their highly trained pilots and end-to-end data analytics support to draw insights for their clients.

With clients across agriculture, construction, surveying, forestry, oil and gas, and more, their clients range from commercial companies to all levels of government agencies. UAVOS’ applications in public works especially stand out as they power first responders with situational awareness tools during time-critical missions, helping them make informed decisions while mitigating risk. These have been especially integral over the last few years for search and rescue missions, emergency management, and disaster response across the world. 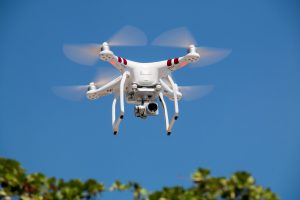 Inspired Flight is an Unmanned Aerial Vehicle manufacturer based in California that develops and produces drones with US-sourced electronics. They were also one of the vendors to have their systems accepted into the Blue sUAS 2.0 program. In addition to working with the commercial sector, Inspired Flight is also working with US government agencies by supplying them with Group 1 and 2 UAVs in accordance with NDAA section 848 requirements.

The IF1200 by Inspired Flight has especially been relied upon by law enforcement agencies for a gamut of life-saving missions, emergency response situations, border patrol activity, and search and rescue operations. These UAV drones also have the added capability of security transmitting collected data to an agency’s facility, leading it to become a trusted supplier to various federal organizations.

Founded in 1973, Hitec is an exclusive designer and manufacturer of superior actuator innovation. In addition to delivering a high caliber of actuator knowledge, Hitec offers custom-built products such as titanium gears and magnetic coders. Hitec Commercial Solutions has previously partnered with San Diego State University for Unmanned Systems Technologies and delivers drone services in sectors ranging from energy and mining to agriculture and public safety.