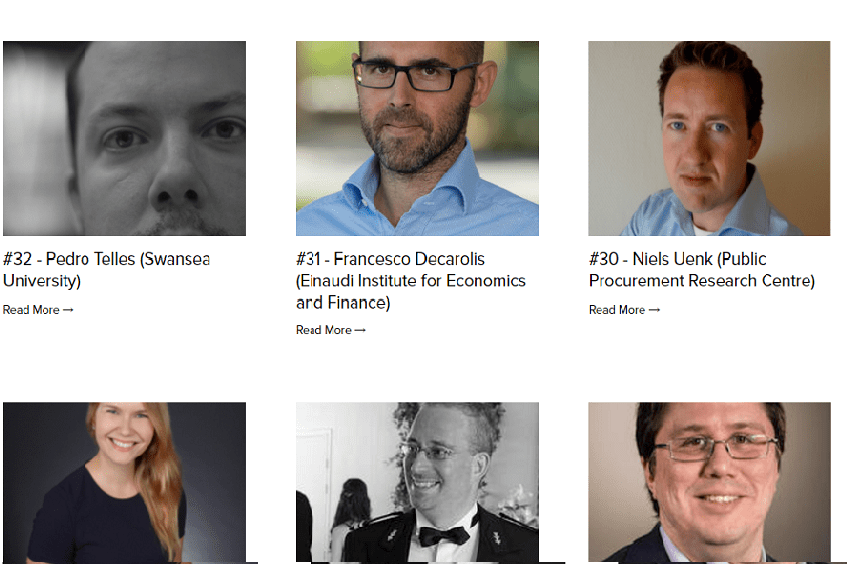 On our Public Spend Forum Europe site – before we migrated to Public Spend Forum – we were writing a series of articles covering all of the Public Procurement Podcasts (PPP) carried out by Dr Pedro Telles, Senior Lecturer in Law at Swansea University. Over many months he interviewed a selection of leading academics, researchers and graduates from around Europe who have an interesting viewpoint on aspects of public sector procurement. To name a few –

How do labour law and public procurement intersect with one another?

How do we deal with cross-border interest in public procurement?

Having finalised the interviews and created the podcasts, Dr Pedro Telles turns the interview on himself and gives a final podcast on his own thoughts about some of the subjects raised during his interviews. To conduct the interview he puts Albert Sanchez-Graells from the University of Bristol in the chair.

To begin, they talk about low-value contracts, something Telles has been writing about for the past few years, to unearth his thoughts about their importance in the near-term picture of public procurement regulation.

He feels that when they are looked into in 2019 the threshold could go up or down after 20 years of stability. At the moment he says, the value is arbitrary, the consequences of this is that only around 18% of public procurement expenditure is actually covered by EU rules (unless there is cross-border interest), the rest falling below the threshold and subject to national laws, not the full might of the EU rules. Which has led him to question somewhat the logic of the system – ‘why would we focus the most important rules in just a small subset of contracts?’

But what constitutes cross-border interest is not clearly identified – and that’s a critical mistake, he says, because there is no legal certaintyfor the public procurer when they start the procedure, whether they are going to be covered by or subject to the national or EU rules. Telles feels this is something the Court needs to re-examine – justification for the thresholds. He goes on to look at the history of the rules/thresholds, drivers and wider implications. But he does conclude that that the EU should be more ambitious and should accept that lower-value contracts today also are part of the internal market, especially since today it is made easier for member states to compete for more and more contracts with the lower value.

He suspects that an area where this is going to be more visible quite quickly is that of digital services contracts, ie those that can be delivered over the internet. These by nature have cross-border interest, because the opportunity and transaction costs of actually bidding for and delivering those contracts is much lower than it was to sell physical goods 20 or 30 or 40 years ago.

Sanchez-Graells finds that an interesting concept, especially with Brexit. He wonders to how low a value we will apply the rules and whether we end up with a triple layer regulation – with very high-value contracts regulated by one regime and lower-value contracts another, and then how would that map out domestically? Telles is able to give examples of how this lower-than-threshold regulation operates in certain countries, with his breadth of knowledge of EU law.

It’s a thought-provoking and interesting discussion from both Telles and Graells – and this is just an outline of the opening discussion. They go on to discuss frameworks and dynamic purchasing systems, and Brexit. The full transcript is available to read, or the podcast can be listened to, on the Public Procurement Podcast website.