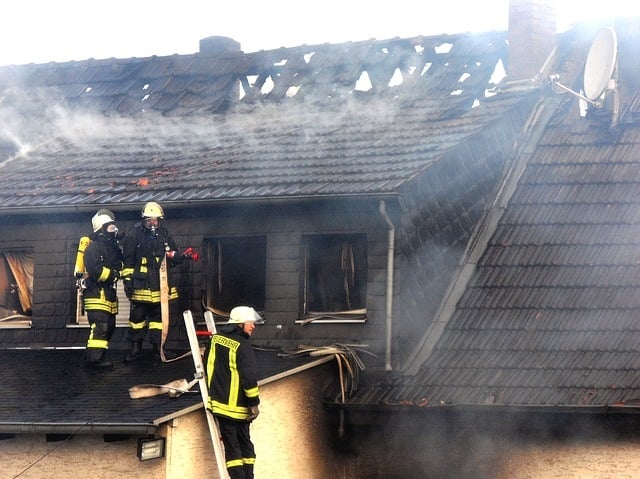 The Lexology legal news and content website features an interesting article here from Thomas Voland and Kristin Vorbeck of top law firm Freshfields Bruckhaus Deringer LLP. The title of the article is certainly attention grabbing – Firefighters and Their Fair Trade Trousers: Human Rights in Public Procurement
Actually, that is a somewhat misleading title as that topic only receives a brief passing comment here:

“For example, authorities may establish a requirement that textiles, such as uniforms for firefighters or other public servants, are sourced from a region of the world where the risk of forced or child labour or environmental issues is small or non-existent”.

But the article is nonetheless worth reading, despite its lack of much detail about trousers! In it, the authors talk about the ability of contracting authorities in Europe to use ESL (environmental, social and labour) criteria in supplier selection decisions.

“In general, contracting authorities have discretion over whether they set any ESL criteria at all. If they decide to do so, ESL criteria are only legally permissible if they do not hinder equal access to procurement procedures or create unjustifiable obstacles to genuine competition”.

One of the reasons for the article is that apparently the newly-elected government in the German state of North Rhine-Westphalia has announced it will abolish the rules requiring ESL criteria to be considered when it awards public contracts. We don’t know much more about that decision at the moment, but it has understandably been criticised by NGOs and other bodies with an interest in this field. It does not however mean that either national German or indeed EU legislation changes.

It is interesting though in that it represents the first serious backlash against the use of ESL factors that we have seen. During the recent UK election, we saw the opposite, with the Labour Party putting proposal forward in their manifesto to use public procurement to drive all sorts of “social goals”. Even the victorious and more right-wing Conservative Party is supportive generally of the ESL agenda in public procurement.

Anyway, the Freshfields Bruckhaus Deringer LLP article discusses the application of the ESL rules and concepts such as proportionality, as well as new laws around the use labels or certificates, which can help to prove adherence to ESL criteria in some cases. It is well worth a quick read – and is available here.