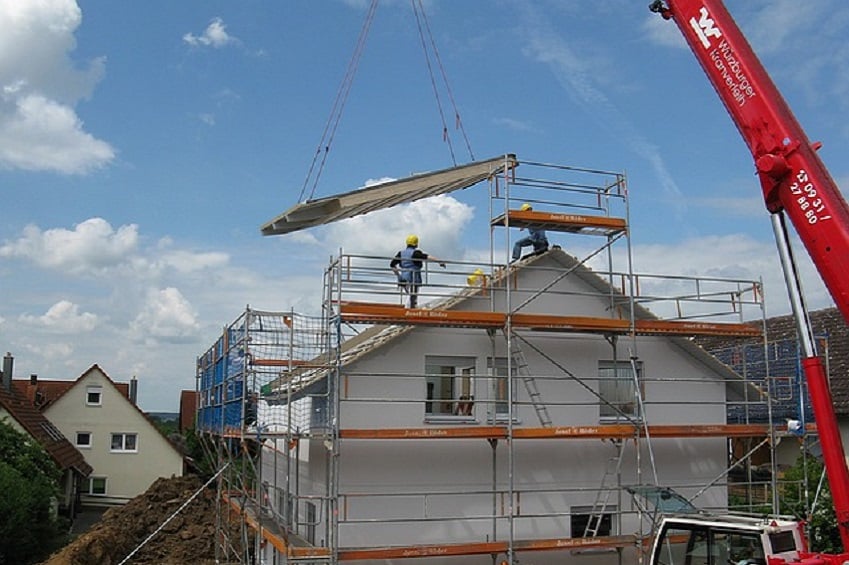 Scape Group is a UK public-sector , owned by six local authorities. The offers a suite of fully managed frameworks, property services, innovative design solutions, community investment opportunities and joint ventures that are available to any public body in the United Kingdom. It also looks to facilitate socio-economic development in the local community.

All good and worthy aims. But their recent “Better Procurement” report on public procurement combines some sensible ideas with one major flaw, which will frustrate anyone who thinks about economics and business. Here is the main offending point:

“Each year the Government spends £268 billion on procurement … in 2016/2017 £72 billion was spent on projects and contracts over £10m and, of these, £16.8 billion on construction and built environment services. If a 20% minimum commitment to Social Value was implemented on all contracts over £10m across all Government procurement spending, this could mean £14.4 billion of spending each year directed to local economies, and £3.4 billion from construction projects alone”.

If you are not familiar with the concept, social value in this context means suppliers offering additional social benefits above and beyond merely delivering the requirements of the contract – helping the unemployed or disabled people, supporting training and equality and so on.

But the report smacks of the “free money fallacy” in its assumptions about how much suppliers can contribute.  Or perhaps the “magic money tree” that we heard about in this year’s UK general election is blossoming again!

Now I am a believer in social value – we wrote positively here for instance about what TfL have done in this area. But the idea that suppliers can offer 20% of the contract value or £14.4 BILLION in social value, in a meaningful manner, without increasing their prices, is just total nonsense. The false assumption is that there is 20% more value sitting there that suppliers can offer to buyers, with no cost to the public purse or to the wider economy.

Now some social value actions can be offered by firms without a significant cost. Most buying that promote social value through their contracting are working on this basis. Offering a manageable number of apprenticeships does have a cost, but may be a good thing for the supplier as well as the community. Other low-cost options might include mentoring kids or in schools, or employment of under-represented groups.

But getting to value of 20 percent of contract value would require real investment, and effort for suppliers.  Finding that level of benefit to pass on is not a trivial – or cheap – matter.  And inevitably that cost would get passed back to the public-sector unless we have the naïve view that firms are suddenly going to forget about shareholder value and work for nothing.

There is an interesting debate to be had around the scope and size of social value in procurement, but this is just far too simplistic and unrealistic. We do however like some other ideas in the report – for instance, that that there should be a Clear Definition of Social Value. Clarity on “social value KPIs and effective measurement parameters would provide a better structure for public sector to work within and offer clearer bidding requirements for SMEs and the private sector”.

The Scape report also recommends A Government-led Best Practice Guide for Public Sector Procurement which should “set out in clear and simple language what public sector need to consider when structuring their procurements and what SMEs need to know to compete effectively for bids”. Personally, I don’t think of guidance is a problem, and once you start trying to write such a guide you will quickly the last thing it will be is “clear and simple” – because the topic itself is not “clear and simple”. (I did write guidance for small firms bidding for public contracts when I worked with the Office of Government Commerce in 2009/10 incidentally).

Another idea is Further Streamlining and Standardisation of Procurement Processes and Tendering Requirements – we might come back to that later. And finally, Scape want to see the Creation of a ‘By Appointment to HM Government’ Equivalent to the Royal Warrant. This would be awarded to government suppliers, acting as a mark of quality for companies to aspire to and helping to encourage more SMEs to bid for public contracts directly or as a member of a supply chain. But this sounds like it would require a huge bureaucracy to manage this process. Not every supplier to the public sector deserves this sort of accolade, we suggest; and what happens if the supplier messes up? Or loses the contract?

Anyway, a frustrating report, with some good ideas devalued by some naivety and unrealistic thinking.