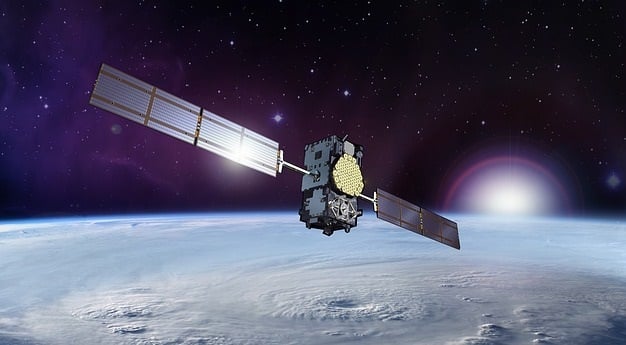 Last week the UK Ministry of Defence announced a major new contract had been awarded – without any competitive process. The single source announcement was made “in the interest of transparency”.

“The ISS Networks Team, part of the UK Ministry of Defence, intends to award a contract to Airbus Defence and Space Limited for the manufacture, assembly, integration, test and launch of a geostationary military communications satellite (Skynet 6A)”.

The estimated contract value is £580M, and the MOD says they consider “this contract can be placed using the negotiated procedure without prior publication” as permitted by UK regulations. The full MOD reasoning behind the decision to go this route is worth quoting.

“Market engagements were conducted with satellite manufacturers in the autumn of 2016 to ascertain their capabilities of delivering the requirement. It would take an economic operator who does not currently have military satellite manufacturing capability within the UK a disproportionate amount of time and cost to put into place the infrastructure required to deliver the technical requirements needed to meet the sovereignty and security criteria, within the required timeframes. It is now apparent that the UK sovereignty and security requirements to enable Freedom of Action and provide Operational Advantage when coupled with the need to have the Skynet 6A satellite operational prior to the reduction in capability of the Skynet 5 constellation, will not result in a viable competition being achievable”.

While that sounds logical enough, our better-informed sources do wonder whether a little more planning and earlier market engagement might have created a more competitive situation. We can’t pretend to be experts in this field, but it has been suggested that others such as Inmarsat could have been in the frame. But MOD does have a habit of leaving things late, then not having time to drive real competition  – in the technology space, other deals have been extended more than they probably should have been.

The follow on question of course is how the MOD avoids being ripped off by the supplier given that lack of competition or any real bidding process. The Single Source Regulation Office to monitor and provide governance on such contracts, and formed a couple of years ago, is still finding its feet. It is making progress but it is still not getting to consider the majority of single-source spend, having faced opposition from both suppliers and within MOD.  So whether the £580 million turns out to be just that, or escalates up towards the odd billion, we will have to wait and see.

And of course, these are the interesting and tricky issues that will now fall under the remit of Andrew Forzani, the new Chief Commercial Officer for MOD, whose appointment we reported just yesterday.