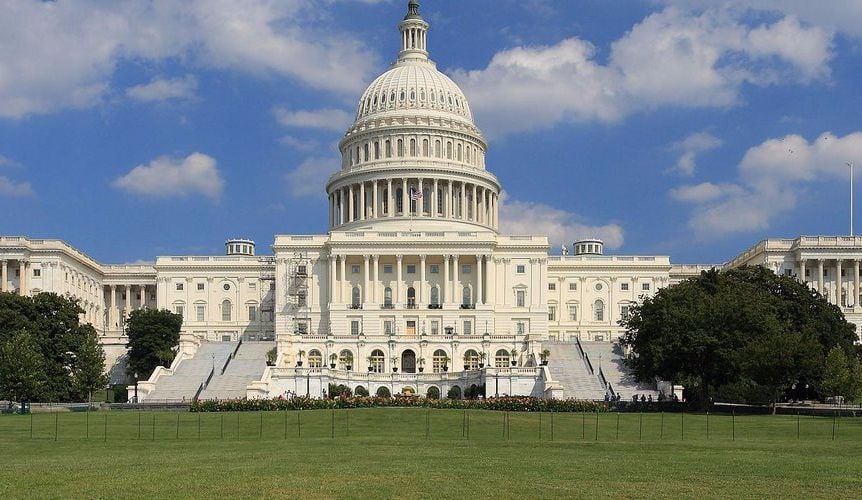 10 Trends in GovCon Every Federal Procurement Agent Needs to Know

As the rest of us rang in the New Year on midnight January 1st, Congress was celebrating the halfway point of Q1 with a shutdown. Now pushing the three-week mark, this shutdown is on track to become the longest in history, but what does this mean for govcon procurement trends? The Consolidated Appropriations Act (CAA) passed by Republicans last year gives us a clue as to how this next budget will shake out, but with a newly Democratic House — things are primed to change. Here we’ll break down 10 govcon procurement trends every procurement agent needs to watch for in the next few weeks, broken down by partisan objectives. As we progress, we look to develop a new understanding of contracting in the next fiscal year.

Govcon procurement trends as a result of Republican negotiations

Having lost majority control of Congress, the Republican interests regarding the budget are unlikely to have changed, but will they be able to pass this budget unopposed?

First on our list for a reason, the defense budget has become the battle cry of the Republican Party. Last year’s budget authorized an astounding $654.6 billion in DoD funds, the largest increase in the defense budget in 15 years. When speaking on the CAA, former Speaker Paul Ryan said, “We’re boosting resources for training, equipment, maintenance, base operations. It means new naval ships, new fighters, new helicopters,” and that means huge opportunity for the private sector. With the Senate and Presidency still firmly under Republican control, defense contracting is sure to maintain a strong market force under the next budget.

Obviously, not part of the budget talks taking place on the Hill, the

President’s proclivity toward regulation cuts is still an important trend for contractors and how they do business. Trump has pledged a “One-In, Two-Out” regulation policy that — according to last year’s Unified Agenda of Federal Regulatory and Deregulatory Actions — he has more than exceeded. In fact, the 1:2 ratio looks to be more of a 1:4 as government agencies move to accommodate Executive Order 13771 (Reducing Regulation and Controlling Regulatory Costs). Regardless of Democratic influence on the budget this year, this trend shows no sign of stopping under our current administration.

Moving across the aisle, with a newfound control of the House — and, therefore, more leverage in negotiations — we would be foolish not to consider the interests of the Democrats in our analysis.

Many Democrats in the House are calling for a reform to immigration. Carrying their negotiations over from last year, Democrats have insisted upon comprehensive reforms as well as a return to our DACA commitments. Amendment #4 of the Democrat-released rebuttal to the Republican budget of last year calls for this reform, which House Democrats hope to not only provide equitable opportunities for immigrants but also modernize our national borders and bolster economic growth.

This amendment failed last year with only Democratic support by a small margin of 8 votes meaning this year Democrats are primed to get their way. The adept procurement agent would be wise to look out for talk of such reforms in the next month.

After the recent report released by the UN’s Intergovernmental Panel on Climate Change, the effects of climate change have been especially salient both popularly and politically. While Republicans have remained stiff lipped and unmoved by such trends, Democratic leaders have taken up the cause. In her premier address to Congress as Speaker, Nancy Pelosi (D-CA) said, “We must also face the existential threat of our time; the climate crisis – a crisis manifested in natural disasters of epic proportions. The American people understand the urgency. The people are ahead of the Congress. The Congress must join them.”

The Democratic dream of building a green infrastructure holds obvious potential for the private sector, especially with competition for such contracts still so low.

Amendments #3 and #5 from last year’s Democratic budget rebuttal deal with Anti-Poverty, and with narrow margins of rejection last time, these issues are sure to resurface during negotiations this year. Specifically, the amendments deal with food security and general anti-poverty programs (food, housing, education, disability services, etc.). If successful, these programs could provide a plethora of potential contracting opportunities in construction, management assessment and maintenance as well as many others.

Primary Points of Contention in the Shutdown

Understanding the goals of each side is only half the battle. Now, let’s take a look at some of the hotly contested budget points that pulled us into this shutdown.

Yes, the budget going to national security has increased exponentially, and, yes, the budget for border security has also skyrocketed. Like it or not, both parties have agreed to funnel more funds into our security at the southern border, but, loath to Democrats, it still isn’t the Wall.  A major campaign promise for the president, the Wall has become an important symbolic advancement in our nation’s security for Republicans and their supporters. While Democrats have expressed a willingness to add to border security funding, party leaders Nancy Pelosi and Chuck Schumer have remained unmoved by bids to fund anything resembling a wall at the US-Mexico border.

This will be an important debate for the future of potential contracting opportunities within the private sector. Whether there’s a wall or not, the demand for greater security will translate to more boots, more firepower, and more infrastructure along the border — meaning more contracts to be awarded.

While both parties agree: our children’s schools need to be safer, debate maintains over how that safety might be achieved. Republicans hold that more firepower and security protocol need enforcing within schools while Democrats maintain gun control is the answer.

As is the case for most debates as rigid as this, the solution will most likely be a synthesis. More than likely concessions will be made and dissatisfaction will ring on either side. What this means for the private sector is contracts to implement whatever policy soup Congress eventually releases.

Both security protocols within school and gun control policies within their communities will require contracted work to carry out a solution, and being ahead of this trend will allow the savvy firm a premier spot in line for contracts.

Specifically, when it comes to programs such as Medicare and Medicaid, Republicans and Democrats can’t seem to reach a consensus. Democrats have insisted upon increased funding for these programs while Republicans have proposed deep slashes to their annual budgets. Paying attention to this debate and its resolution will determine how private firms make their bid for contracts.

A Republican win will mean more contracts awarded to healthcare providers within the private sector, while a Democratic victory will more than likely result in contracts awarded by CMS to aid in clinic management, assessment and quality control.

Beyond these programs, however, both parties have expressed an intention to fund solutions to the Opioid Crisis currently plaguing the American Midwest. Though Democrats still maintain more is needed — last year’s budget set aside nearly $4 billion to find solutions to the problem, allowing opportunities for contractors to aid in treatment, law enforcement, prevention and rehabilitation.

Where Republicans and Democrats Agree

Govcon procurement trends most likely to come out of the Shutdown

We know the constant debate, uncertainty and Congressional back-and-forth can be hard on the pallet, so we saved the best for last. Enjoy this digestif of cooperative policy goals shared by both parties. The certainty of these projects and business opportunities are sure to go down easy.

Both parties have pledged commitments to the renewal and upkeep of the great American infrastructure. Last year the Republicans allotted over $20 billion in infrastructure funds with their CAA. This year as Pelosi addressed the House she said, “Last night I had a conversation with President Trump about how we could work together, one of the issues that came up … building infrastructure for America, and I hope that we can achieve that.” All this seems hopeful for construction and management based contractors looking for bids. Provided we come out of the shutdown, our magic 8 ball says, “You may rely on it.”

As anyone who has recently visited a federal website will tell you, our government’s IT presence needs updating. That’s why last year’s CAA pledged several billion dollars to IT. Cyber-security, cloud cooperation, data consolidation, AI, seemingly everything is on the table. These bids will be hot and ready for a wide variety of private contractors and the future seems hopeful for those seeking IT related business.

With a breakdown of these 10 GovCon procurement trends to look out for as we move through the government shutdown and into the next year, we have a new understanding of how these negotiations can affect how bids are distributed in FY19. For more tips and leads on how to improve your Procurement Performance, check out the posts at Public Spend Forum.