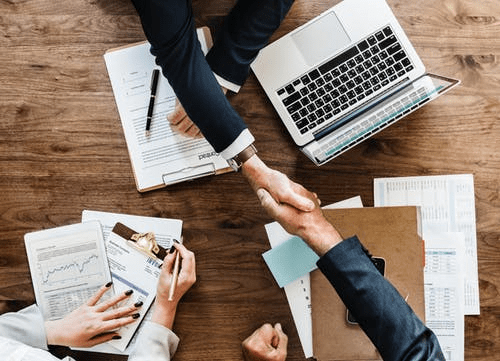 How to co-create a win-win contract for both sides

Sometimes it is extremely difficult for two sides to agree on a contract. That is exactly where Vancouver Island Health Authority hospitalists and administrators found themselves when their contract expired on June 30, 2014. Island Health serves over 767,000 people throughout the Vancouver area, so it was extremely important that some kind of agreement was reached.

Over a year after the contract had expired, there still was no new one in place and the hospitalists and administrator’s relationship had come to a standstill. Here is where the Vested Model stepped in. In this article, we’re going to take a look at:

1. What is the Vested Model?

The Vested Model is a relationship-building tool can be broken down into three basic steps: groundwork, creating an agreement and translating that agreement into a contract. All of these components are essential to create a contract that works for both sides. For Island Health, they had already reached rock bottom, so there was nowhere to go but up. Even though there were skeptics on both sides, they decided to give the Vested Model a chance.

The best way to get two sides together is to hold a workshop dedicated to the Vested Model, where decision makers can meet and see exactly where things stand. In the Island Health case, this was facilitated by a neutral third-party, The Forefront Group, which is a Vested Center for Excellence. Both sides agreed to an off-site workshop to see where they stood in terms of getting a contract done. They were also asked to take a Compatibility and Trust Assessment, to see how each side viewed the other. Participants were very surprised at the results, and it was obvious that there were some perception gaps.

In terms of meeting the Vested standards for successful relationships, they were very far apart and scored low on many key components such as their business model, shared vision and performance management. Seeing this disparity made it glaringly obvious that something needed to change. Each side was encouraged to share their candid thoughts about the status of their relationship and feelings towards their current contract. Even though their thoughts towards the contract and current business practices were negative, the hospitalists and administrators realized that they actually had the same end goal: patient care is their number one concern.

Now with something to agree on, the Vested Model asked the Island Health participants to create a Statement of Intent together. This is a written statement that both parties create and includes: Shared Vision, Guiding Principles and Statement of Intended Behaviors. It lays out the groundwork for what positive outcomes both sides would like to see in their contract. When they were able to create this together, it looked like they may agree on more than they previously thought.

On day three of the Island Health workshop, both parties were slowly beginning to think that the Vested Model could really work, and they started to develop a key component to forging any contract, trust. The Forefront Group asked them to build on the Statement of Intent from the previous day, and come up with Desired Outcomes on which a future contract could be built. The Island Health members came up with four:

Now that the groundwork was laid, both sides were confident that a contract was possible.

When the parties finished the first part of the Vested Method, they were now ready to tackle drafting an agreement. Depending on the needs of the parties involved, it can be beneficial to have legal counsel present as well. The Agreement in the Island Health case follows the Vested Five Rules, and how each side would follow them.

Rule 1 Focus on Outcomes, Not Transactions

Most agreements want to focus on outcomes and not transactions. This means that the parties must figure out how to incorporate their Statement of Intentions and Desired Outcomes into a contract. Incorporating this positive language up front in a contract makes it clear that these principles are what is important to both sides. The Island Health participants were now ready to make a contract.

Rule 2 Focus on the What, not the How

By focusing on the what, and not the how, allows parties to see beyond how this contract will work in the day to day. The bigger picture lets them see what needs to be accomplished, and allows the parties to discuss from there. Island Health administrators found out they had little knowledge of what the hospitalists actually did, which is why their workload allocation and patient to physician numbers were always so far off.

It is always beneficial to break things down into smaller parts, especially trying to work out a contract. The Island Health members were assisted in this with Vested’s Requirements Roadmap. When you have things broken down into daily goals, it makes your contract more engaging and relevant.

One of the major places of disagreement with previous Island Health contracts was in regards to meeting demand with the money available. Since healthcare is publicly funded in Canada, the two sides have to reach on an agreement with a very fixed amount of money.

Since it is difficult to forecast demand in healthcare, they decided to tackle this head on and created a pricing model with both a fixed and variable component. This meant that there would be some variance in hours worked according to the demand, but there would also be a set amount of hours guaranteed to the hospitalists. With this in place, the healthcare workers understood they were guaranteed a certain amount of job security and freed up hospital administrators from micromanaging physician’s schedules when they had little knowledge of how to do so.

The best way to ensure a contract will succeed is to create a framework that favors insight rather than oversight. By creating a transparent way for all parties to see how things will get done, and how disputes will be resolved, makes a contract more functional. Island Health now has many more committees, and even sub-committees, that are responsible for different aspects of their Desired Outcomes.

The end goal of following the Vested Model is to have two sides meet, confer, create goals and eventually reach an agreement that can be turned into a formal contract. The Island Health case was able to eventually reach a contract between hospitalists and administrators that followed the Vested best practices:

The overwhelming answer from the Island Health case is yes, and they were able to agree on a contract that both sides structured together. The hospitalists and staff now work in a much better environment, and they find themselves helping each other resolve problems, where before they would be quick to put up barriers instead.

The relationship shared by the parties of Island Health is one of collaboration, and each day they try to employ their Shared Vision and Desired Outcomes, created using the Vested Method. Some tangible benefits that are a direct result of having a contract co-created by both sides include:

After months of planning and collaborating, the Island Health contract was officially signed on July 1, 2018. In hindsight, both sides agreed that investing in the Vested Model was the key to starting down a path towards success.

Both the Island Health hospitalists and administrators agree that if the Vested Method can work in their situation, it can work for anyone else “stuck” in contract negotiating as well. The key to success is following these three steps:

If you are interested in learning more about how the Vested Model helped in the Island Health case study, you can download it here.