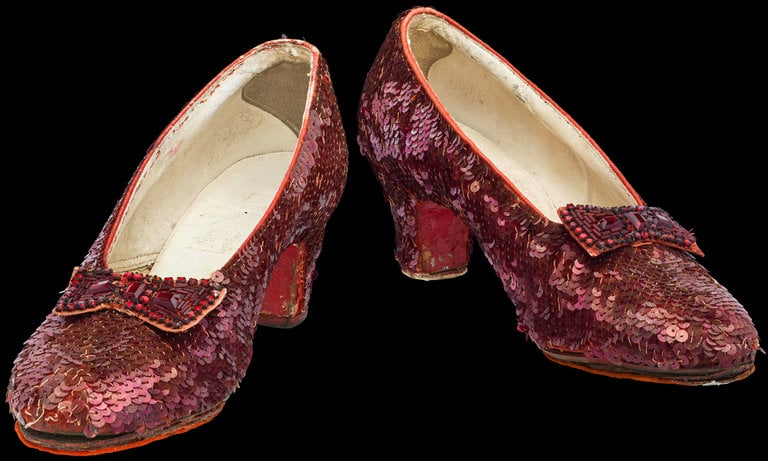 No Place Like Home: What Dorothy’s Slippers Can Teach Us About Government Management

The New York Times reported recently that the Smithsonian’s National Museum of American History wanted to raise $300,000 to save Dorothy’s ruby slippers. The famous shoes from “The Wizard of Oz” are on display at the museum and are deteriorating after eight decades.

It is surely a sign of something wrong with me that I reacted to the story’s government management angle. And here the news was partly good and partly less good.

Start with the good. The Smithsonian is trying to raise money for this effort through individual donations via a Kickstarter campaign. By the third day of the campaign, the Smithsonian had received almost 3,000 donations, for a total of more than $165,000 — more than half the goal. As of Oct. 31, with 16 days still to go in the campaign, donations have exceeded $300,000.

It turns out this is the second time the Smithsonian has used Kickstarter. The museum earlier raised $720,000 to conserve, digitize and display Neil Armstrong’s space suit from the Apollo 11 moon landing. It deserves kudos for creativity and trying new approaches when, of course, the traditional way would have been to get a budget appropriation.

Now for the not-so-good part. MGM bought the shoes all those years ago as a commercial off-the-shelf product (!) from a shoe manufacturer and dyed them red for the movie. (The team also modified the COTS shoes by covering them with sequins and adding a layer of red felt to the sole to muffle the sound of dancing on the yellow brick road.)

But in 2016, the days of simplicity and solutions that are “good enough” are gone. The Smithsonian will have “two conservators and five scientists within the Smithsonian, as well as outside consultants,…work on the slippers for as long as nine months to a year.” It might be longer because “once the project starts,” the director of the effort stated, “we will be able to determine how long the project will really take.”

I hate to sound grumpy here, but is anyone thinking about cost-saving ideas for fixing these shoes? We know from experience — in areas ranging from IT to environmental regulation — that achieving the last 10 percent of a benefit is often as expensive as achieving the other 90 percent. In the case of Dorothy’s slippers, are there 90 percent solutions that might cost much less? How about one that would last fewer than 80 years, and then we can decide when the deterioration occurs whether there is still interest in the shoes? I know that the love of Dorothy seems eternal, but objects of public fascination do fade sometimes.

I guess that if this particular restoration will be funded by voluntary donations and not by taxpayers in general, it’s not the end of the world. Nonetheless, the mentality behind the restoration is too similar to the one that produces over-engineered IT or weapons solutions. Dorothy’s slippers in this sense are a small example of a larger problem.