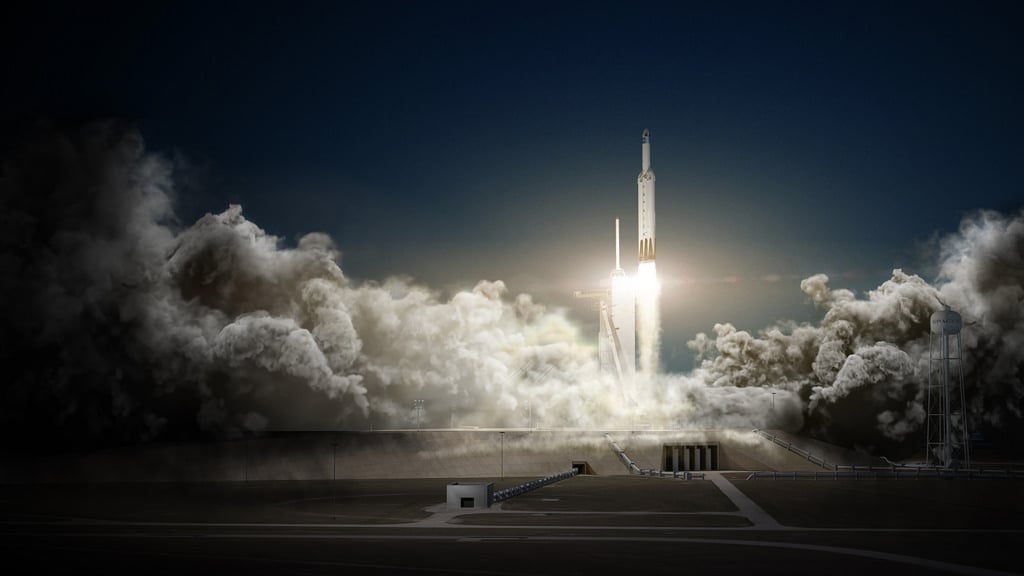 Before the holidays I came across a piece in Fortune called The Great Rocket Race. The article details the feverish efforts underway by the United Space Alliance, a decade-old joint venture between Boeing and Lockheed Martin that launches space satellites for NASA, to cut its price per launch by half and compete with prices charged by SpaceX.

NASA has made clear that going with SpaceX (the rocket launch company founded by Elon Musk of Tesla fame) is a viable alternative, and has already awarded the firm some contracts. SpaceX is also competing for Defense Department work launching military satellites. The United Space Alliance “cannot survive,” the article states, if it doesn’t find a way to compete in the new environment.

I had of course heard of SpaceX before reading the article in Fortune, and I think I sort of knew the firm was launching satellites at much lower prices than what NASA has been paying. But this article made a big impression on me—albeit mostly related to my interest in federal IT rather than space.

In terms of how we typically have contracted for IT development in the government, there are real similarities with the United Space Alliance. For developing a new system, we typically run a competition, but after the initial competition, the government and the contractor enter into a post-award sole-source arrangement. And when the systems themselves are initially developed, they generally are done so in a cost-reimbursement environment.

Many observers have believed for a long time that the incentive structure in this kind of arrangement is not designed to keep costs down or innovation up. After all, there is no post-award competition for the business, and payments to the contractor increase as the incurred costs climb. Yet while it is logical to believe that the direction of these effects is to raise costs and lower innovation, it is hard to estimate how large those effects are. A 5 percent penalty? Fifteen percent? Higher?

What struck me in reading the Fortune piece is that it pointed to a smoking gun for the magnitude of these negative effects, at least for satellite launches.

We have a smoking gun because we can actually compare the price for satellites under a traditional contracting arrangement versus one where SpaceX provides competition and also charges the government a fixed price. SpaceX is half the price of the United Space Alliance. I suspect many readers will react as I do: That’s a big difference. The effects of these poor contracting arrangements are not trivial.

Ashlee Vance’s biography of Musk provides tantalizing hints of how SpaceX has done this, giving a good feel for the cultural chasm between the United Space Alliance’s cost-reimbursement, low-competition world and Musk’s hyperactive, relentlessly cost-conscious world.

“I don’t know what these guys do with their money,” a senior SpaceX executive said of the United Space Alliance in Vance’s book. “They are smoking it. I just don’t know.”

Granted, the smoking gun here involves satellites, not IT development projects. But those of us in federal IT need to realize that our turn may be around the corner.

Vance also quotes an engineer who came to SpaceX from TRW, a defense contractor, “where he’d been used to various internal policies blocking him from doing work.”

“I called it the country club,” the contractor told the author. “Nobody did anything.”

Such employees, Vance writes, “were used to traditional aerospace companies that had huge, multiyear government contracts and no day-to-day survival pressure” the way Musk’s startup, which had a near-death experience during the 2008 Great Recession, did. At SpaceX, they built many items for the rockets from off-the-shelf products; one on-board radio cost $5,000 compared to the Space Alliance’s high-end milspec radio for $100,000.

“They wanted a turbo pump to be built in less than a year for under one million dollars,” Vance writes. “Boeing might do a project like that over five years for one hundred million. …Build quick and learn quickly was Elon’s philosophy. He was relentless in wanting the costs to come down.”

In addition to lowering costs on the traditional way of managing vehicle launches, SpaceX is also testing a major innovation: reusable rockets that can land after launch, using reverse thrusters that allow the rocket to touch down gently. Many have been skeptical that this can work, because of metal stresses during launch. However, SpaceX has had some successful tests; if this idea works, it would produce huge further cost savings. (Defenders of the United Space Alliance note that it has never had a failed launch, while SpaceX has had a few, most recently in September. But if the reusability innovation works, that would dwarf any costs from failed launches.)

This kind of smoking gun is now taking on a new urgency thanks to Donald Trump’s interest in lowering prices for expensive development projects. The president-elect already has taken on both Boeing and Lockheed, the two partners in the United Space Alliance, over costs of the new Air Force One and the Joint Strike Fighter. So I would not be surprised, to switch metaphors, to see satellite launches in his crosshairs.

As the Fortune article makes clear, Boeing and Lockheed were already worried about their costs long before the election. If I were the United Space Alliance, I would be even more terrified of the danger of losing government business now. And those of us in federal IT need to realize that our turn may be around the corner.

In my next blog, I will present a suggestion for how we can bend the IT development cost curve. I want to put this suggestion out there to encourage widespread discussion and reactions.

This article was originally published by FCW.