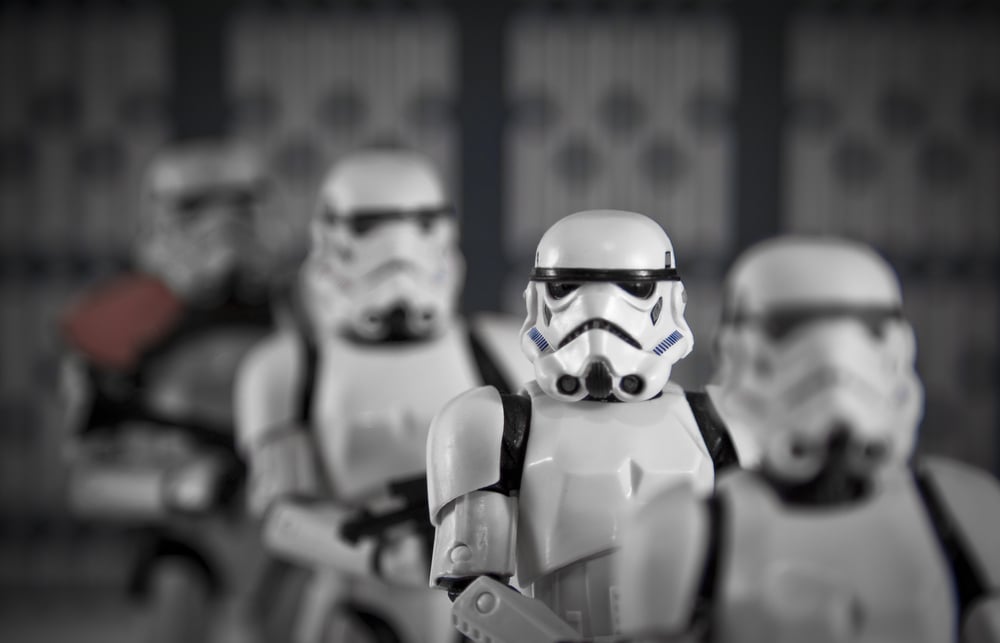 18F: The Empire Strikes Back

Last week the General Services Administration inspector general issued a report on 18F’s non-compliance with GSA rules for getting authorizations for introducing IT software in their environment, and particularly for its approach to software security procedures. The report was covered by FCW and most other media outlets that take an interest in federal IT. Joe Davidson had a column in the Washington Post that was quite critical of 18F. “(A)fter reading this report, other agencies might want to look around for other consultants before doing business with 18F,” he wrote. “By the OIG’s account, this is an office that does not follow basic procedures.” A Fox News report, headlined Obama revamp of federal bureaucracy created ‘widespread’ security policies violations, watchdog says,” was even more hostile.

I have tried to get 18F’s side of the story, and here I will only present it rather than expressing my own conclusions (I don’t know enough to venture any). The executive summary is this: 18F officials never argued that an authorization process, including security checks, for new software constituted unnecessary bureaucracy that they could ignore. The IG report lambasts 18F for not going through an approval process with the GSA CIO office. However, 18F argues that for much of the organization’s existence,18F was allowed to develop authorization procedures and go through an authorization process within 18F itself, using an 18F authorizing official, rather than needing to get approval from the office of the CIO.

Later on, 18F said, GSA changed its policies, requiring approval through the CIO office rather than the internal authorizing official. According to 18F officials, they never received word of this change, because GSA’s communication procedures were poorly developed and the organization was such a small part of GSA. The 18F officials said they heard about the new policy only in conjunction with the IG investigation, and did not resist the new directive but quickly began efforts to comply with the new procedures. (The IG has copies of all 18F emails during the period, and has not stated there is a communication informing 18F of the policy change.)

I asked whether, when they had been allowed to authorize software use themselves, 18F-ers in reality skimped on security checks, on the view that the software was low-risk and the control requirements were unnecessary bureaucracy — which, if correct, means that the checks they did may have been insufficient. They didn’t skimp, I was told — although many in 18F do believe a number of the new control requirements through the CIO office add time and staff effort without adding value. The difference was that, as engineers, they wanted to do the checks by running tests to see whether the systems worked — which is what they did while having authorizing authority themselves — while the government (and the IG) are used to reviewing lengthy documents.

What made the biggest impression on me as I was trying to learn about this story, however, was less the play-by-play of what 18F did right or wrong, but rather how shaken the 18F official I spoke with was about the report. When I spoke with him, his voice seemed to tremble.

“I am not a fan of characterizations that impute motives that are less than noble,” the official told me, “like when they say we ‘disregarded,’ ‘circumvented,’ or were ‘indifferent’ to security or other policies. When IGs use words like that, it discourages you. People here are dedicated and mission driven, passing up more lucrative opportunities in the private sector. So to compensate we have tried to create a joyful atmosphere. Working in government can grind you down sometimes, and this kind of attack doesn’t help.”

“There is a fear at GSA that you should never poke the bear of the IG,” the official continued. “People fear that if you disagree, it might anger them, might get them to come after you again. So often the formal response is ‘yes, sir’” – which was GSA’s response here.

What was remarkable to me was not that sentiment itself — these kinds of comments fall from the lips of long-time feds all the time.

So I was shaken by his being shaken. If an IG report can beat down an innovator, what can it do to mere civil service mortals? And what implications does this have for the willingness of talented people to give up good jobs to work, even if only for a short while, for government? Or for career civil servants to take risks they worry, rightfully or not, might bring down IG wrath?

This is the second IG report on 18F in less than a year, following one last October on revenue shortfalls at the organization, which runs on a fee-for-service basis. I can’t help but asking whether two IG reports on little 18F in the space of less than a year reflect a desire to go on the attack against innovators and rebels inside government, — or at a minimum a higher level of scrutiny for new ways of doing business as opposed to the traditional ones. Is the empire striking back?

I left my conversations with 18F more depressed about the government-IG relationship. IGs obviously have a job to do, but is there any prospect for them to do it without vituperative language or an unwillingness to listen to arguments other than their already-determined conclusions? To fight my own sense of helplessness, I am now thinking perhaps I should organize an open letter from public administration scholars about the unintended negative effects for government performance from ways IGs behave. Any readers in academia want to lend me a hand on this?

This article was originally published on FCW, and is used by permission of the author.
0