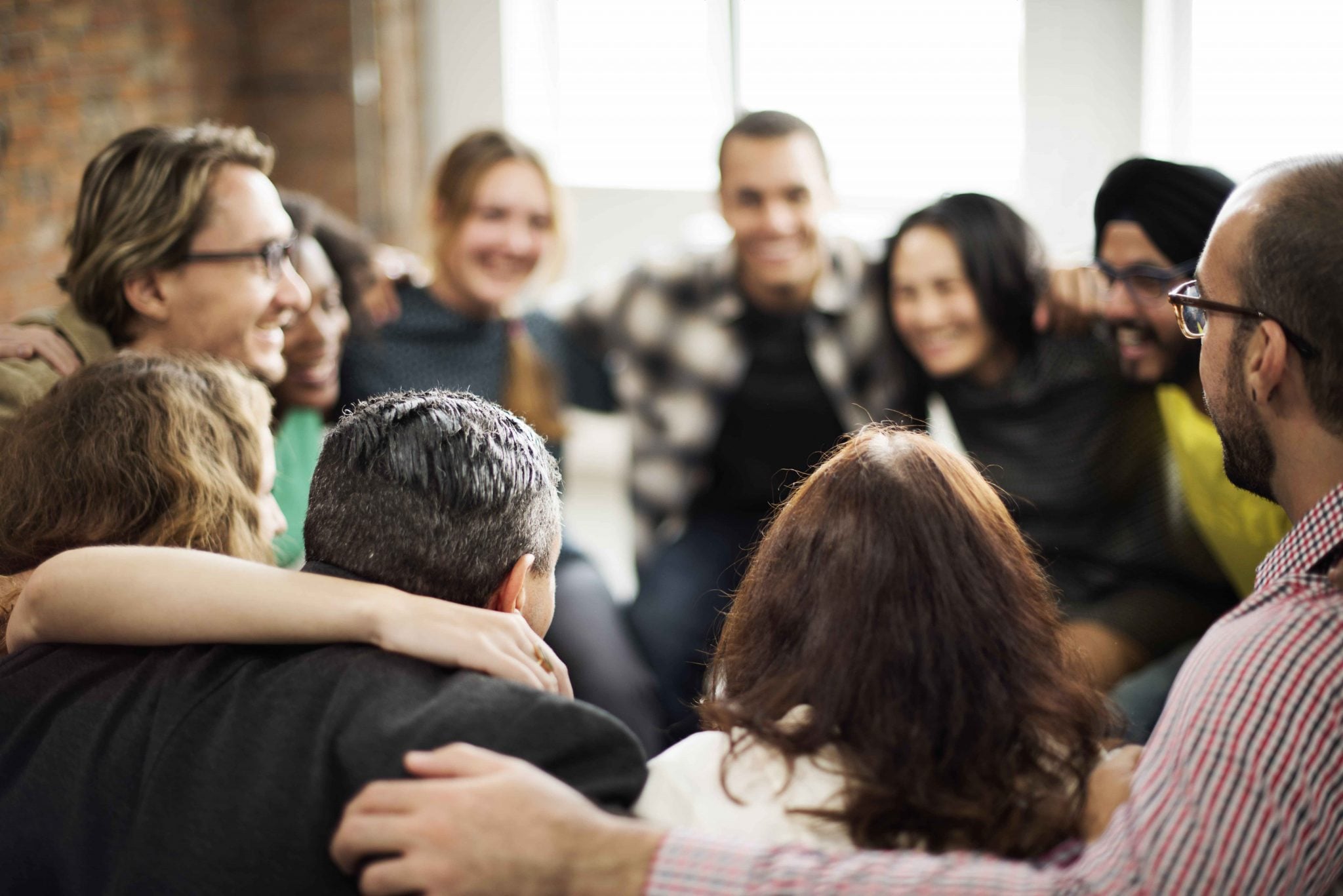 How Harvard Is Helping Government Do Digital Better

I was invited last Friday to attend a “demo day” (a phrase taken from the world of incubators for startups) where five student groups presented digital government projects they had spent the semester developing for a Harvard Kennedy School field-based course called Tech and Innovation in Government.

The course is taught by my colleague Nick Sinai, a part-time faculty member at the Kennedy School who served in the Office of the U.S. CTO from 2010 through 2014, the last two years as U.S. deputy CTO. Nick is currently a senior advisor with Insight Venture Partners, a venture capital and private equity firm that invests in scaling software and internet companies, where he works helping companies enter, navigate and grow in government markets.

Of the 25 in the class, 17 are Kennedy School graduate students (including two who are joint public policy/business students), the second largest group is undergrads, and there is a smattering of design school and engineering school students. Here was an amazing event: 25 smart, dedicated Harvard students were presenting projects on which they had worked an entire semester, with government agencies as clients, despite the conventional wisdom that working for government is boring and uncool.

The students presented three federal projects (two for the Department of Veteran Affairs and one for the Census Bureau) and two in the city of Boston (Boston Public Schools and the city’s public records office). Sinai works in the fall to develop projects with government clients, and sets a high bar for an agency to be accepted to sponsor a class team. That selectiveness is not surprising, since the agency gets a huge amount of free consulting advice from five smart students for a whole semester — I don’t even want to think about what a contractor would charge.

“I need clients that appreciate user-centered design, are OK with students blogging openly about their work, are willing to invest time and energy in making this successful, and willing to provide executive air cover,” Sinai explained.

The students are put into teams and receive their assignments at the beginning of the semester, and get right to work on their projects during and outside of class, alongside classroom instruction each week.

I listened most closely to the project on VA caregivers. It turns out that of 20 million veterans, some 5.5 million are cared for by voluntary caregivers — usually family members. For such a big effort, this is surprisingly unknown to the general public.

The VA has a caregiver unit in the Veterans Health Administration, which employs staff who act as coordinators for a number of caregivers; VHA officials were interested in getting ideas for how to improve the service they offered these caregivers. The students’ primary client was the VA Digital Service, whose research director had an interest in caregivers and in the transition from the military to civilian life. That official knew the VA didn’t have a lot of resources specifically to work on these, but thought them important and so pitched it to Sinai (and to the VA CTO) as a possible project.

I spoke with Matt Spector, the Kennedy School caregiver project’s communication expert, and some other members of the group.

The playbook for the students’ work is taken right from product management and agile software development. It starts with user research to understand needs, brainstorming ideas to solve those needs, followed by developing rapid paper and digital prototypes, with frequent user testing of the prototypes to see if they solve the problem.

Much of the user research is asking open-ended questions about user behavior, aspirations, and experiences. It was fascinating to learn the large proportion of student time in the course spent on user research. Students spent more than a third of the course on this, synthesizing their research into presentations where they show journey maps, user categories (“personas” in the lingo), and other ways to show insights about users.

I am guessing this is dramatically higher than the proportion of resources typically put into this for software projects in most federal agencies, though these numbers probably exaggerate because they don’t include software development time. And I was amazed to learn that the VA group focused on caregiving had in the space of three weeks actually developed 42 prototypes, from which they selected three for user testing, through a winnowing process involving rounds of voting among the students.

“We voted according to how completely each idea would solve the issues we heard caregivers express,” said Spector. “It was clear each of us had chosen to tackle slightly different problems facing the caregiver community, so we ended up spending a good deal of time discussing how ideas should be combined.”

In choosing the final prototype from among the three, the group didn’t just decide among static choices, but modified them through user testing. “We ultimately merged two of them into the final singular prototype,” Spector explained. “This was through continuous feedback from our users and conversations with experts. We had the users rank the prototypes and what were must-have features. We engaged in further modification to refine the idea, reviewing it with users up to 48 hours before the presentation.”

Learning was an ongoing process. Also, proceeding to prototyping and then user testing also probably differs from traditional waterfall practice in government, where too often there is little or no testing until a final system has been developed. (What the Harvard students were doing was easier than in a contractual environment, with issues of whether the vendor has been successful enough to be paid and/or the work expanded. This is a big practical issue for implementing agile in the government — a topic to which I hope eventually to return.)

The primary recommendation in the team’s final presentation was to build an improved caregiver portal at the VA. This would include:

The students’ work has been welcomed by their government sponsors with open arms. Senior representatives of the agencies that sponsored the projects were present at Demo Day, including John Hanlon, the COO of the Boston Public Schools. A few days later the two VA teams briefed USDS at the Old Executive Office Building, including the organization’s director Matt Cutts, on their work.

This course has also produced ongoing benefits. Several past students have been hired into USDS, the Mass Digital Service, and other digital service and innovation teams. Coding It Forward, which I discussed in a blog earlier this year, was also started by veterans of the course.

A number of the students commented on why they wanted to do this project for a government agency:

“Government’s unique scale of impact drives my continued commitment to public service. If we want to modernize the way we solve our toughest problems and deliver services to those in need, we must start by modernizing government. By integrating digital services into government and making it more data-driven and user-centered, we can serve the public in ways that are more inclusive, efficient, and integrated across systems.”

“‘Move fast and break things’ may be a fine motto for a startup with relatively little power over people’s lives, but it is a fundamentally inappropriate one for an institution like government (or Facebook, for that matter). That being said, it sure is fun. While very close to the project I found myself frustrated by the lack of radical progress. In hindsight, I find that small teams with an extremely entrepreneurial attitude embedded within organizational structures that have a careful approach to change represent a strategy — perhaps the only one — that is capable of striking the right balance. I don’t believe that there is anywhere in the commercial sector that I could have had as much tangible, positive impact over the course of a single term as I had in this course with Nick Sinai.”

“We’re here at Harvard so we’ve made a choice that the establishment and institutions matter to us, and that we’re trying to either disrupt things from the inside or the outside. I’ve perhaps made a choice that disrupting from within is my best shot.”

“At the beginning of the semester, I was looking for a product management class to get some experience with user-centered design, prototyping, and user-testing before my product management internship at Microsoft this summer. I was mostly interested by the fact that I would be able to actually work on an applied project for a real client, rather than the fact that it would be a tech project for government. This course has been an amazing experience! I’m part of the team working on the public records experience in the City of Boston, and it’s been fascinating to gain a deeper understanding of the inner workings of local government. I wasn’t considering it before, but I hope to someday work in civic tech, like through Code for America, or even the USDS. This semester I’m also taking a sociology class on immigration, and one of the main things I’ve learned is that one of the main reasons why the immigration system in America has so many problems is simply due to the backlog of visa applications. My sociology class had shown me the problems, but this course was showing me what I could do about it.”