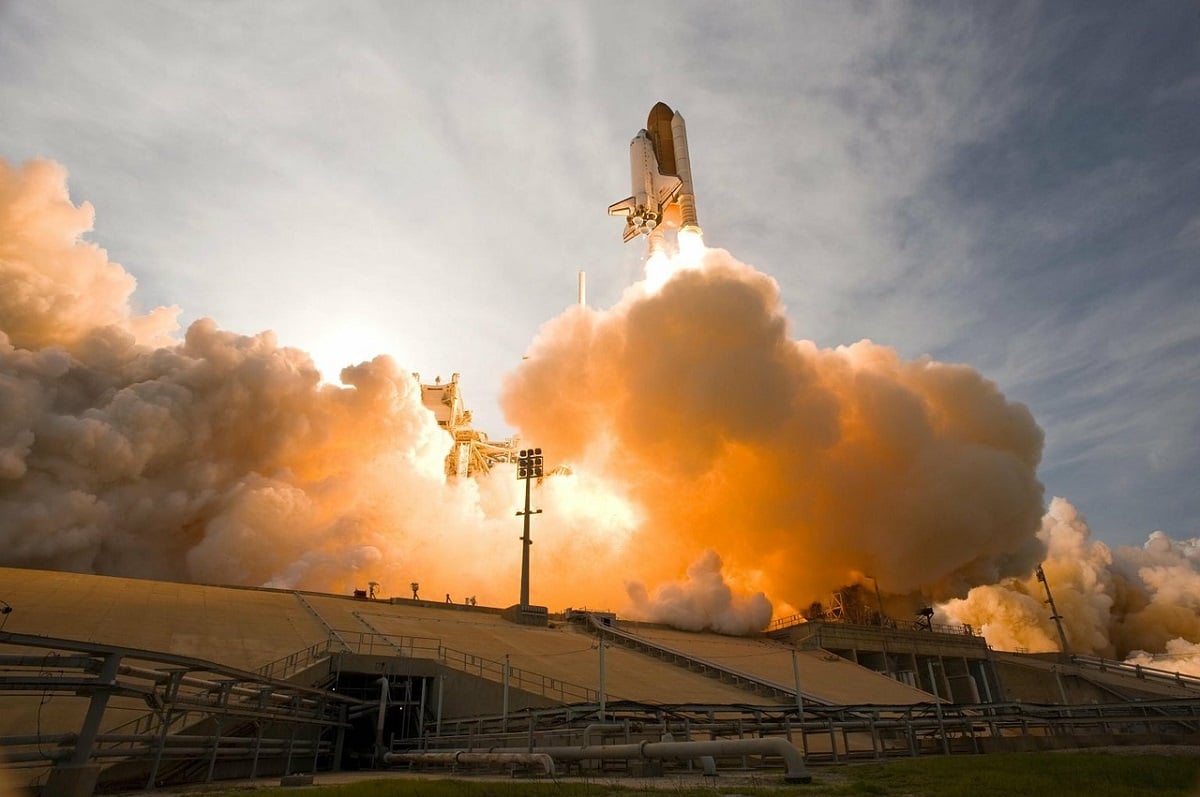 This story is a glider, a balloon, the planet Venus, and Titan, the largest moon of Saturn. This subject matter is the fabric of the universe, but the lesson it teaches is as mundane as linen sheets.

A NASA Small Business Innovation Research offeror cannot always wait for a debriefing to file a GAO bid protest, because if it does, it may run the risk of the protest grounds being untimely.

In general, it often may be good practice for an unsuccessful offeror to wait to file a GAO bid protest until after its debriefing. It’s an arcane area of the law, but under the right circumstances, waiting for a debriefing can allow the protester to gather more ammunition to support its case, and (again, under the right circumstances) the protest nevertheless will be timely if filed within 10 days of the debriefing.

However, according to GAO, those “right circumstances” don’t include NASA SBIR procurements. An aerospace company found this out the hard way in Global Aerospace Corp., B-414514 (July 3, 2017).

Global Aerospace protested a NASA solicitation that was seeking, among other things, research and development proposals for vehicles capable of conducting scientific research on either Venus or Titan (easily the coolest-sounding project I’ve ever blogged about). Before we dig into the details of the case, a quick word about the SBIR program: The purpose of the program is to encourage the participation of small businesses in federally funded research and development. The program is codified at section 9 of the Small Business Act, 15 U.S.C. § 638. As part of the program, participating agencies hold some of their R&D budgets in reserve to fund small business projects.

SBIR contracts, or grants, have three phases. The first provides funding for a company to determine if its proposed project has merit and is feasible. If phase I is successful, the firm may be invited to apply for phase II, which involves more funding and a chance to develop the concept. After phase II, the firm is supposed to obtain non-SBIR funding either from the agency or the private sector to commercialize the project. That’s phase III.

Global Aerospace’s SBIR project began in November 2015, when NASA published a solicitation that included a variety of R&D topics. One topic was “Spacecraft and Platform Subsystems.” It included the subtopic “Terrestrial and Planetary Balloons.” The subtopic explained that NASA was seeking a vehicle of some type for exploration of Venus or Titan. The Venus explorer had to go up and down. The Titan explorer had to go up and and move horizontally.

Global Aerospace proposed a glider for Titan exploration. One of its competitors, Thin Red Line USA of Houston, Texas, proposed a balloon. Both proposals were selected for phase I funding.

The award of the phase I contract also served as the request for proposal for phase II. The phase II evaluation was quite complicated.

First, NASA had peer reviewers evaluate both proposals and rank them in a group of all along with all other proposals received for the spacecraft topic, including those from large businesses. The peer reviewers ranked the glider first in the Venus/Titan subtopic and 7th in the spacecraft topic. The balloon ranked second in the Venus/Titan subtopic and 29th overall. NASA did a separate peer review of commercialization potential and gave the glider an “average” and the balloon a “below average.”

The peer reviewers recommended that both the glider and the balloon receive phase II funding. But that was not the end of the evaluation. The next step was for the projects to head to the NASA field center with expertise in the subject matter. The glider, the balloon, and 30 other proposals went to the Jet Propulsion Laboratory. JPL’s evaluation included a slightly different mandate. It was to review the proposals for technical and commercial merit and to consider NASA’s priorities and other concerns.

JPL saw the balloon much more favorably. found it a “simple but robust design” that “would be applicable to both Venus and Titan atmospheric exploration missions, as well as other planetary bodies” and determined it could enable a low-risk exploration mission shortly after completion of phase II. It ranked the balloon ninth (among an unknown total, but at least 30) and designated it a high priority. The glider, on the other hand, was ranked 23rd (medium priority).

The evaluation continued from there. The next step was by the Science Mission Directorate, which was reviewing and prioritizing a larger group of phase II proposals. The SMD reviewed 108 proposals, ranked all 108, and even though it only had for 48, recommended funding the top 65 to the Source Selection Official. The SSO issued a memorandum on March 1, 2017, identifying 133 projects (SBIR and otherwise) that NASA had selected for contract negotiations.

When the dust cleared, the glider was on the outside looking in and the balloon was funded.

Global Aerospace, which had proposed the glider, asked for a debriefing. NASA provided one on March 16. Global Aerospace protested the decision on March 27 (within 10 days of the debriefing, as “days” are defined in the GAO’s Bid Protest Regulations because the 26th was a Sunday) challenging the evaluation of its glider project and the Thin Red Line balloon project. Global Aerospace argued, in part, that the balloon was ineligible for SBIR funding because of the alleged use of a Canadian during phase I, and the alleged intent to do so again in violation of the phase II solicitation’s prohibition on R&D outside the United States.

Under the GAO’s Bid Protest Regulations, the base rule is that any protest ground (other than to the terms of the solicitation) must be brought within 10 days of when the protester knew or should have known the basis. But there is an important, and frequently used, exception: when a protest challenges a procurement “conducted on the basis of competitive proposals under which a debriefing is requested, and when requested, required,” the initial protest “shall not be filed before the debriefing date offered to the protester, but shall be filed not later than 10 days after the date on which the debriefing is held.”

Digging through NASA’s procurement regulations, GAO found that “a competitive selection of research proposals resulting from a general solicitation and peer review or scientific review (as appropriate) solicited pursuant to section 9 of the Small Business Act”–also known as the SBIR program–is conducted on the basis of “other competitive procedures” not “on the basis of competitive proposals.” Thus, GAO concluded, “we find that this SBIR procurement was not conducted on the basis of ‘competitive proposals’ as contemplated by 4 C.F.R. § 21.2(a)(2).”  Because Global Aerospace had known (or should have known) of the Canadian subcontracting allegation more than 10 days before the protest was filed, GAO dismissed this aspect of the protest.

Global Aerospace addresses a nuanced question (the difference between “competitive proposals” and “other competitive procedures”), but it’s an important holding for would-be NASA SBIR contractors. As the decision demonstrates, in a NASA SBIR procurement, a protester cannot rely on the debriefing exception to the GAO’s timeliness rules. Instead, with the exception of protests challenging solicitation improprieties, the GAO’s standard 10-day rule will apply.

As for Global Aerospace, it lost the battle but won the war. Although the GAO dismissed the allegations involving the balloon, Global Aerospace also protested NASA’s evaluation of its own proposal, and those allegations were timely. GAO found that NASA had treated the glider as though it was designed to explore Venus, Titan, and other planetary bodies, when it was clearly designed only for Titan. It sustained the protest and recommended a new SMD review.
This content originally appeared on SmallGovCon.