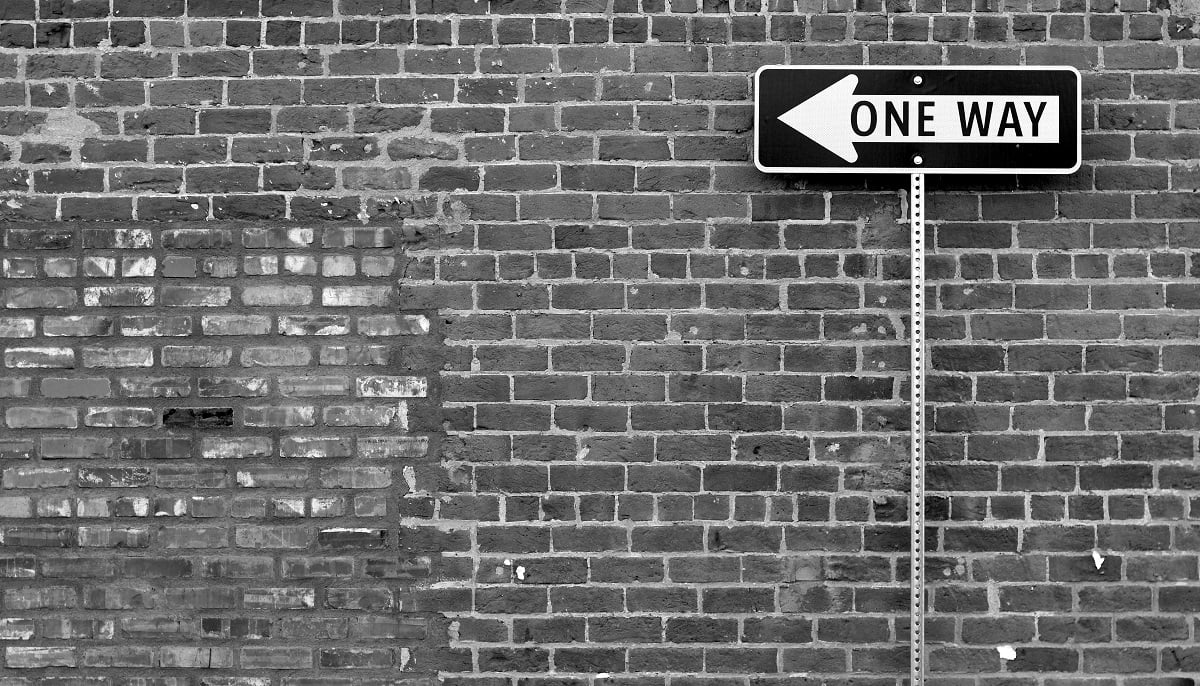 Under the SBA’s economic dependence affiliation rule, two companies can be deemed affiliated when one company is responsible for a large portion of the other company’s revenues over time.  But must both companies count one another as affiliates—or does the rule only apply when the recipient’s size is challenged?

A recent SBA Office of Hearings and Appeals case answers these questions: when a company is economically dependent upon another company, it is affiliated with the company on which it depends, but the opposite is not true. In other words, economic dependence affiliation is a one-way street.

OHA held, in Lost Creek Holdings, LLC, SBA No. SIZ-5848 (Aug. 28, 2017), that economic dependence requires the revenue stream to flow from the alleged affiliate to the challenged concern. On the other hand, affiliation did not result when the challenged concern was providing revenue to a dependent business.

In Lost Creek, a protester challenged the size of a company called LifeHealth, LLC, alleging that it was affiliated with its subcontractor, Dentrust Dental International, Inc. More than 70 percent of the Dentrust’s revenues were generated by LifeHealth.

Based on this relationship, the SBA Area Office found the two affiliated through economic dependence, but nonetheless small for reasons that we need not delve into here. The protester appealed to OHA, where LifeHealth argued that it could not be affiliated with because it was the one sending Dentrust money, not the other way around.

To rule on the case, OHA had to interpret the SBA’s economic dependence regulation, 13 C.F.R. § 121.103(f)(2), which was updated in 2016 to adopt the longstanding case law standard that 70-percent of revenues, over time, ordinarily causes economic dependence. The updated regulation says, “SBA may presume an identity of interest based upon economic dependence if the concern in question derived 70% or more of its receipts from another concern over the previous three fiscal years.”

Under this regulation, SBA may presume that the concern whose size status is “in question” (here the protested concern LifeHealth), is economically dependent upon “another concern” (here the alleged affiliate Dentrust), if 70% or more of its (LifeHealth’s) receipts derive from that other concern (Dentrust). This regulation clearly requires the revenue stream between these two concerns to flow from Dentrust to LifeHealth. Appellant’s attempt to characterize LifeHealth’s subcontracting to Dentrust, in which the revenue stream between the two concerns flows the opposite way, as showing economic dependence under this regulation is unavailing.

By stating that the new regulation clearly requires the revenue stream to flow from alleged affiliate to the challenged concern, OHA held in no uncertain terms that economic dependence affiliation is a one-way street. It’s a little bit like gravity. The earth holds the moon in orbit, so the moon is connected to the earth (i.e., affiliated). But the earth is not similarly pulled in to the moon’s orbit. (Astronomers, don’t @ me.)

Believe it or not, this question had been up in the air for at least a decade. The legal concept of affiliation is fluid, to say the least, with companies being affiliated one day and the next. In some ways, it is simple: when two companies have the same owner, they are affiliated. But, in other ways it is tremendously complicated—three people who have never met can become affiliated with each other if they all have similar investment portfolios. Affiliation through economic dependence had historically been than not. But beginning in 2007, OHA and the SBA regulations began to narrow the issue into focus.

A decade ago, in Faison Office Products, LLC, SBA No. SIZ-4834 (Jan. 26, 2007), OHA drew a line in the sand holding, “as a matter of law, that when one concern depends on another for 70% or more of its revenue, that the concern is economically dependent on the other.” Although the case went on to explain that smaller percentages might also reach economic dependence, the line was drawn and 70 percent has been the bright-line rule ever since—although OHA has recognized a few narrow exceptions to the rule.

The 70 percent metric added but did not answer the question of whether both companies would be affiliated, or whether economic dependence created just one affiliate. The general rule, again, is that they would be. To a certain extent, Faison supported such a finding: “[I]f an area office finds a concern depends on another concern for a high percentage of its revenue, then the area office can reasonably determine the two concerns are affiliated because of economic dependence[.]”

Logic, however, did not support making economic dependence affiliation bilateral. Affiliation is all about control. How can a company that is dependent on another company be said to exert control over it?

In the intervening years, Logmet, LLC, SBA No. SIZ-5155 (Oct. 6, 2010) may have come the closest to answering the question. But in Logmet, OHA specifically said it was not holding that economic dependence only flows one way: “I do not hold here that an identity of interest can never be found on the basis of contracts awarded from a challenged firm to an alleged affiliate. It is possible that such contracts could rise to the level of economic dependency.” OHA did not say how such affiliation was possible, though. Thus, the mystery remained.