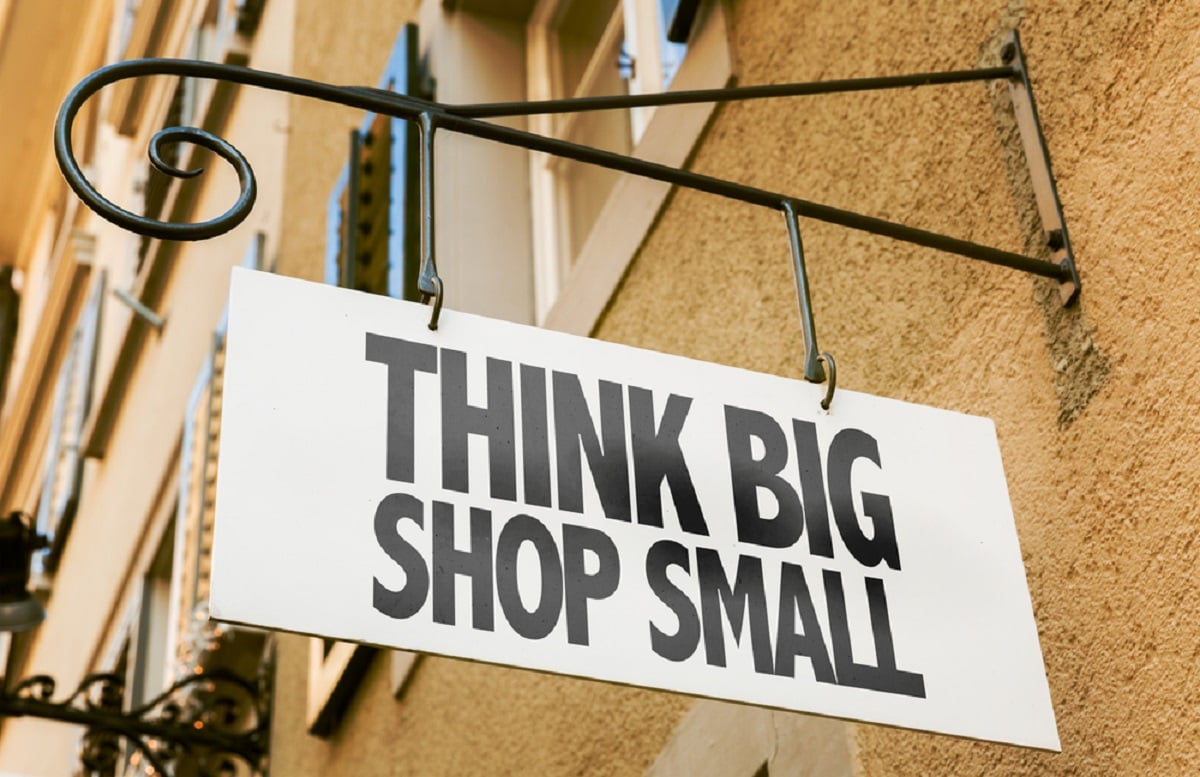 The SBA’s strict SDVOSB ownership rules can produce “draconian and perverse” results, but are nonetheless legal, according to a federal judge.

In a recent decision, the U.S. Court of Federal Claims condemned the SBA’s SDVOSB unconditional ownership requirements, while holding that the SBA was within its legal rights to impose those requirements on the company in question.

The Court’s decision emphasizes the important differences between the SBA and VA SDVOSB programs because the Court held that although the company in question didn’t qualify as an SDVOSB under the SBA’s strict rules, it was eligible for VA SDVOSB verification under the VA’s separate eligibility rules.

The Court’s decision in Veterans Contracting Group, Inc. v. States, No. 17-1188C (2017), is the third in a series of ongoing battles between the SBA and a self-certified SDVOSB.  The cases involved an Army Corps of Engineers IFB for the removal of hazardous materials and the demolition of buildings at the St. Albans Community Living Center in New York.  The Corps set aside the IFB for SDVOSBs under NAICS code 238910 (Site Preparation Contractors).

DoD procurements fall under the SBA’s SDVOSB regulations, not the VA’s separate rules. (As I’ve discussed various times on this blog, and will again here, the government currently runs two separate SDVOSB programs: one by SBA; the other by VA).  The protest was referred to the SBA’s Director of Government Contracting for resolution.

The SBA determined that Ronald Montano, a service-disabled veteran, owned a 51% interest in .  -SDV owned the remaining 49%.

The SBA then evaluated Shareholder’s Agreement.  The Shareholders Agreement provided that upon Mr. Montano’s death, incapacity, or insolvency, all of his shares would be purchased by at a predetermined price.  The SBA determined that these provisions “deprived [Mr. Montano] of his ability to dispose of his shares as he sees fit, and at the full value of his ownership interest.”  The SBA found that these “significant restrictions” on Mr. Montano’s ability to transfer his shares undermined the SBA’s requirement that an SDVOSB at least 51% “unconditionally owned” by service-disabled veterans.  The SBA issued a decision finding to be ineligible for the Corps contract.

When the SBA issues an adverse SDVOSB decision, the SBA forwards its findings to the VA Center for Verification and Evaluation.  After receiving the SBA’s findings, the VA CVE decertified from the VetBiz database.

then took two separate, but concurrent actions.  First, it filed an appeal with the SBA Office of Hearings and Appeals, arguing that the SBA’s decision was improper and that was eligible for the Corps contract.  Again, because this was a non-VA job, the SBA’s SDVOSB rules applied to the Corps contract.  Second, filed a bid protest with the Court of Federal Claims.  VCG’s bid protest didn’t challenge its eligibility for the Corps but instead challenged the VA’s decision to remove from the VetBiz database.

As my colleague Shane McCall wrote in this post, the Court concluded that the VA should not have removed from the VetBiz database. While the Court didn’t directly overrule the SBA, the Court wrote that the SBA’s application of the “unconditional ownership” requirements was flawed.

The Court cited with approval two cases dealing with the VA’s SDVOSB regulations, AmBuild Co., LLC v. States, 119 Fed. Cl. 10 (2014)and Miles Construction, LLC v. United States, 108 Fed. Cl. 792 (2013), agreeing with these cases that a restriction on ownership that is not executory (meaning not taking effect until a future event occurs) does not result in unconditional ownership. The Court issued a preliminary injunction ordering the VA to restore to the VetBiz but reserved a final decision until further briefing in the case.

Things turned out far differently at OHA.  As I wrote in a September post, OHA held that the restrictions in Shareholders Agreement prevented Mr. Montano from unconditionally controlling the company. OHA issued a decision upholding the SBA’s determination, and finding ineligible for the Corps contract.

That brings us to the Court’s recent SDVOSB decision, which involved challenge to OHA’s eligibility determination.  Unlike the first Court case, the question before the Court in the new case was not whether the VA had properly removed from the VetBiz database, but rather whether OHA had erred by upholding the finding that was ineligible, under the SBA’s SDVOSB rules, for the Corps contract.

The Court began by writing that “[t]his post-award bid protest features interactions between complex and divergent regulatory frameworks, giving rise to a harsh, even perverse, result.”  The Court then walked through the statutory and regulatory framework, explaining in detail that the government operates two SDVOSB programs, each with its own eligibility rules.  The Court noted that Congress  has directed the SBA and VA to work together to consolidate their SDVOSB requirements, but to date, “[n]o such implementing regulations have been promulgated.”

In this case, the Court said, “attempt to rely on this court’s decisions in AmBuild and Miles is misplaced because both cases interpret VA’s procurement regulations, not SBA’s.”  The court’s earlier decisions “are irrelevant to bid protests concerning solicitations from the U.S. Army Corps of Engineers and or other non-VA agencies,” which fall under the SBA’s SDVOSB rules.

asked the Court to look, by way of analogy, at the SBA’s 8(a) and WOSB programs, both of which define unconditional ownership in a manner that “allows for the succession planning outlined in [VCG’s] shareholder agreement.”  In contrast, SBA’s SDVOSB regulations don’t define “unconditional ownership,” which has resulted in OHA applying a very strict definition of the term.

This argument didn’t sway the Court, which concluded that the SBA could have looked to its 8(a) and WOSB regulations for guidance in interpreting the SDVOSB “unconditional ownership” requirement, but that the SBA’s “choice not to do so has some basis in the regulations.”  The Court pointed out that the SBA’s have been aware of OHA’s strict interpretation for more than ten years, but have chosen not to update the regulations in response.

SBA’s omission of a definition of unconditional ownership n the [SDVOSB] program produces draconian and perverse results in a case such as this one.  Nevertheless, without at least some indicia of SBA’s intent or inadvertence regarding that omission, the court cannot remake the regulations in reliance on SBA’s actions in the closely related contexts of the 8(a) and WOSB programs.  Therefore, OHA’s decision stands and [VCG] is ineligible to participate in SBA’s [SDVOSB] program, even though it is eligible to participate in VA’s correlative program.

The Court granted the government’s motion for judgment on the administrative record.

For SDVOSB advocates, the Court’s decision is very disappointing, although certainly understandable.  The Court’s role isn’t to make public policy, but to decide whether an agency is rationally applying the law.  Here, the Court was obviously very frustrated with how the SBA has chosen to interpret “unconditional ownership” in its SDVOSB regulations, but even a “draconian and perverse” rule isn’t necessarily illegal.

The Court rightly pinned the blame on the SBA. For years, OHA  has interpreted “unconditional ownership” very strictly, but the SBA’s have failed to update the regulations to soften the requirement.  Veterans Contracting Group shows just how harsh that interpretation is: supposedly wasn’t an SDVOSB in part because Mr. Montano couldn’t dispose of his shares as he saw fit upon his death.

Think about that for a second.  Not to be morbid, but this circumstance will only arise when Mr. Montano is dead.  At that point, unless ownership of the company passes to another service-disabled veteran, the company wouldn’t be an SDVOSB anymore anyway.

The purpose of the SBA’s rules is to ensure that service-disabled veterans own, control and benefit from the set-aside program.  That’s a noble goal: as a policy matter, no one wants pass-throughs or “rent-a-vets.”  The requirement for “unconditional ownership” sounds like a good way to implement this policy, and applied well, it can be.  For example, if 49% owner had the right to buy 2% of Mr. Montano’s interest, at any time, for a pre-determined price, it would be fair to say that Mr. Montano didn’t unconditionally own 51%.

But cases like Veterans Contracting Group show that the SBA has taken things too far.  There’s no good policy reason to prohibit ordinary commercial and estate planning provisions like those at issue in this case.  To the contrary, unnecessarily strict rules like these simply discourage non-veterans from investing in to the detriment of the very veterans the SDVOSB program is intended to help.  And they penalize well-meaning veterans like Mr. Montano, who adopt paperwork that reasonably appears to them as providing for unconditional ownership.  Indeed, was verified as an SDVOSB by the VA CVE, which presumably reviewed the same Shareholders Agreement and saw nothing amiss.  But even with that VA verification in his back pocket, Mr. Montano lost the Corps and probably has some hefty legal bills to pay, too.  Is this really what the SDVOSB program was intended to do?

On this point, Veterans Contracting Group is a stark example of the divergence in the SBA and VA SDVOSB regulations.  In my experience, many (perhaps most!) veterans think that VA verification applies and that if the company is VA-verified, it’s essentially bulletproof for non-VA SDVOSB jobs.  Clearly, that ain’t so.

The Court’s decision shows that the same company, operating under the same paperwork, can be a VA-verified SDVOSB, but ineligible for non-VA SDVOSB contracts.  No doubt, many VA-verified SDVOSBs have documents with commercially reasonable restrictions much like those at issue in Veterans Contracting Group.  If those companies plan to bid non-VA jobs, they better take a careful second look at those VA-approved corporate documents before submitting their next non-VA proposal.

Fortunately, change is on the way.  Sometime in 2018, the SBA and VA ought to unveil their proposed regulation to consolidate the SDVOSB eligibility requirements.  Once that regulation takes effect, the problem of the two programs’ divergence will at least be solved–although it may be 2019 before that happens.

But Veterans Contracting Group shows that consolidating the two SDVOSB regulations, while undoubtedly a good thing, isn’t enough.  The substance of the rules need to change, also, to protect service-disabled veterans while accommodating ordinary commercial and estate planning restrictions like the ones in Shareholders’ Agreement.

SBA, if you’re reading, here’s a good rule of thumb: when a federal judge calls your rules “draconian and perverse,” it’s a wise idea to strongly consider changing those rules.  Here’s hoping the upcoming consolidated regulation does that.
This content originally appeared on SmallGovCon.