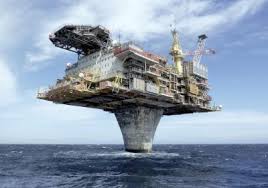 At the inaugural Audio Forum event on 14 September, representatives of Calrec, Net Insight and Dome Productions spent an hour exploring the outlook for remote production audio in broadcasting. The illuminating session – which was sponsored by Calrec and supported by Resolution Magazine in its role as media partner – took place at the DeLaMar Theatre in Amsterdam before the Sport Production Summit.

The impetus for the session – and the starting point on the day – was a newly-written white paper produced by Calrec, entitled ‘Remote Production: Going the Distance’. Echoing some of the key points of that document, Calrec Audio director of product management Henry Goodman depicted a broadcast landscape in which there is a desire “to provide more live event coverage, live news, concerts, theatre and especially sports as it attracts a large and dedicated TV consumer base. The challenge, then, is to produce more live coverage. There are plenty of smaller sporting events which are not financially viable to cover with a traditional OB production approach.”

Correctly implemented, continued Goodman, remote production offers the opportunity to reduce the movement of people and equipment; increase the utilisation of equipment; reduce on-site set-up times; and maximise the efficiency of production teams. Historically, though, there have been three major barriers to successful remote production, namely: “Latency and how you mitigate it; control and how you extend workflows to the venue; and general infrastructure issues, such as how raw video and audio are transported back to base.”