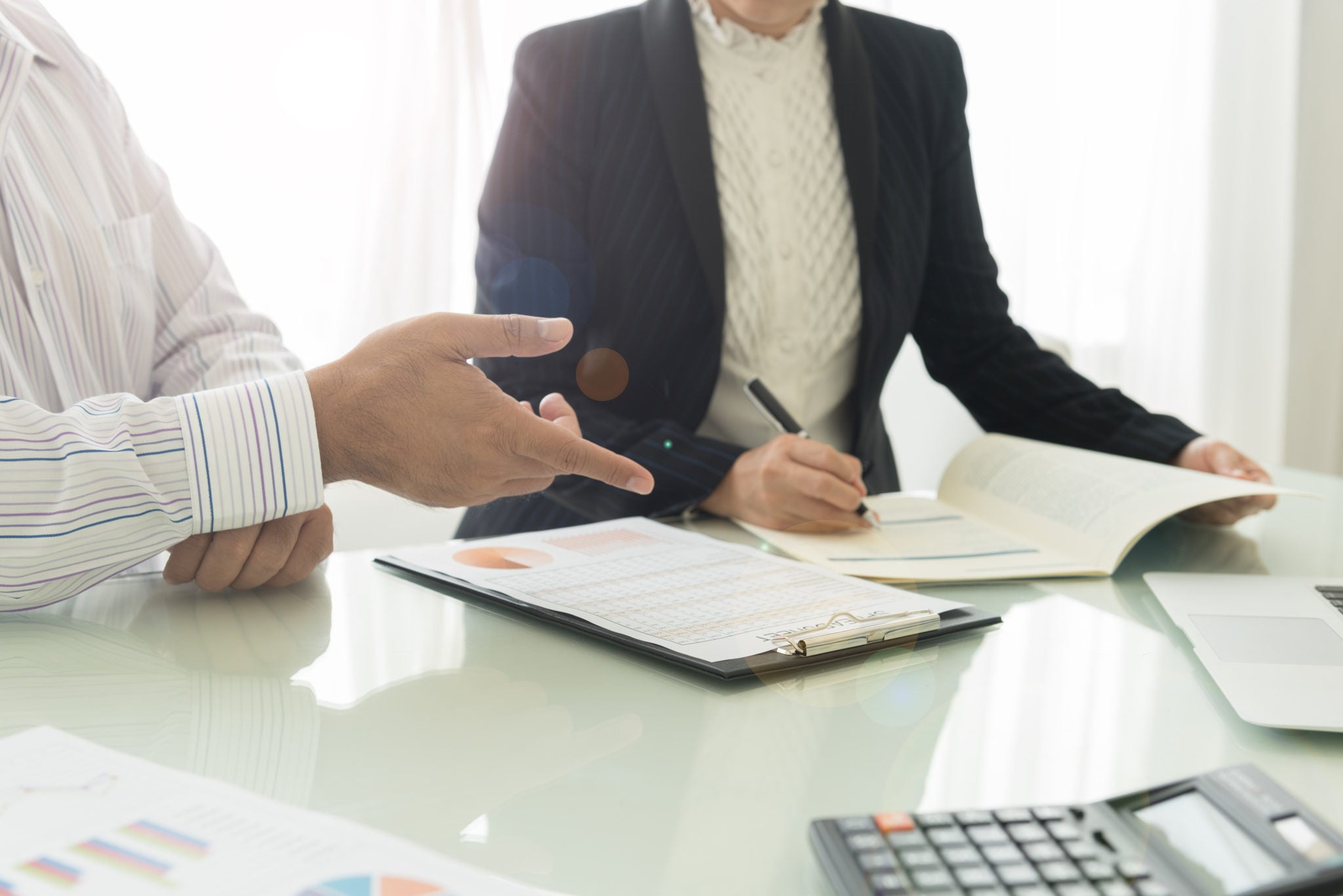 Anyone who has ever attended an auction understands the excitement starts when the bidding commences.  As the bid amounts increase higher and higher, tension begins to intensify. The last two bidders virtually “duke it out” by increasing their bids by slightly higher amounts, trying to edge out their competitor.

Across the nation, a new concept has been gaining ground for government bidding – the Reverse Auction. The concept is the same, except for one distinct difference…the bidders try to outbid one another by going lower and not higher. And it can be just as exciting…watching the last few arriving bids can thrill any procurement professional on the prospect of saving money for their organization.

The Corona-Norco Unified School District in Southern California began their first foray into the reverse auction world this past year. Purchasing Director Jordana Moreno explored the idea and determined it would be an excellent mechanism to drive needed savings for her school district. To begin, she needed a simple, well-defined commodity for the pilot program. Working with Amada Colon, the manager of their Child Nutrition Services team, they identified an unpretentious product: hamburger patties. Specifically, the type of hamburger patties prepared by their catering services.  Specifications included the size, unit measure, percentage of fat, any other listed ingredients, shelf life, and preparations requirements.

Once the commodity was identified, then an automated system to handle the auction was needed.  Moreno chose a stand-alone module, which offered the flexibility and affordability the district required. After the bid information and specifications were loaded into the system, the first auction was on the street in a matter of days. Two bidders responded to the bid. Over the course of several days, they each lowered their bid amount multiple times in an effort to win the bid.  Although it is recommended a number of vendors participating, this one auction with only two vendors still resulted in a successful auction. The final bid amount was a whopping 64% savings over what they were paying with the current vendor. Besides analyzing the price, the school district wanted to further ensure the quality of the product. Thus, the procurement team requested samples from the successful bidder. The Child Nutrition team prepared and evaluated the provided hamburger patties, determining the quality exceeded their expectations and those provided by their current provider. The overall savings on this one commodity – $30,000 for one year!

Emboldened by this success, the Purchasing team decided to choose another commodity, actually a service – paper shredding. When their current vendor approached them with a routine 6% annual increase, Purchasing Director Moreno, decided to put this service out to bid – through a Reverse Auction. And the results were surprising. The final successful bid price – almost 20% less than the current contracted price – was from their current shredding service provider. Remember, this was the same vendor who had approached the district with a routine 6% annual increase. According to Moreno, “Reverse auctions not only promote the spirit of public procurement which is competition, but in my opinion, is fun to watch and has been an awesome savings tool.” To be fair however, not every bid can always be that successful. The school district’s recent reverse auction for brown rice resulted in no bidders.  However, with the lesson learned, Moreno and her team will expand their outreach for this commodity in hopes of gaining future participation. With the savings successes to date, they will continue identifying additional commodities to offer for future reverse auctions.

Just further south, the San Diego Unified School District, listed as Number 20 in the 2016 List of Nation’s Largest School Districts (by enrollment) has been successful with reverse auctions. Reviewing the areas of high volume spend for the district, paper was identified as a well-defined commodity for Reverse Auctions. Under the leadership of Art Hanby, the Director of the Strategic Sourcing and Contracts Department, a reverse auction for paper – both regular and re-cycled – was conducted. Bids were received from several paper manufacturers with the bid price decreasing 85 times during the actual auction. The final results brought in savings that exceeded their previously bid contract.

Reverse Auctions may also be used as part of the pricing element for a Request for Proposal (RFP) process. In Arizona, the City of Mesa Purchasing Department awarded a contract for office supplies utilizing a specialized reverse auction format that the City is calling a “Best Value Reverse Auction.”  This type of reverse auction allows suppliers to compete by providing the best value or most advantageous proposal and not necessarily determined strictly on lowest price. Vendors provide proposed solutions to be evaluated on both price and other factors and then awarded to the highest scored solution.

What makes this reverse auction format so unique is that the City was able to integrate together the best aspects of a reverse auction and a Request for Proposal (RFP).  Traditionally, reverse auctions are awarded through a low bidder environment. Doing so has obvious benefits for traditional well-defined “commodity” type items. However, many of those benefits can become a detriment when analyzing other variables beyond price for the most advantageous solution. To create this system, the City worked with its reverse auction provider, EASi, for several months develop this new type of reverse auction to handle such a complex task. To be successful, evaluation criteria points were brought into the system and the shortlisted vendors entered the reverse auction event ranked according to their evaluated score. As the reverse auction took place, the process took into account the pricing formula and as pricing changed, point value and ranking changed.

Due to the great rates received through this auction, combined with the City’s ability to negotiate and award to the most advantageous provider, the resulting agreement was deemed a success. In fact, so successful that over 50 other agencies are cooperatively using this agreement for their own needs. Ed Quedens, Business Services Director, believes they have only scratched the surface with the opportunities that Best Value Reverse Auctions can provide.

Next to vehicle purchasing, fuel is one of the largest expenses for most government fleet organizations. Located in the heart of Silicon Valley, where innovation and forward thinking is a way of business and commerce, the County of Santa Clara faced the challenge of re-bidding their expiring fuel contract. With 2,328 vehicles and motorized equipment driven nearly 18 million miles per year, the County needed fuel for its operational needs as well as adequate fuel supplies for a minimum of ten days in the event of an emergency.

During the planning stages, they envisioned taking a broader approach by leveraging the spend of the entire region – not just their one County – to drive better pricing and greater reliability. Under the leadership of Jenti Vandertuig, Director of Purchasing, the County invited and met with 23 surrounding cities, counties, and agencies to determine the region’s level of interest. The County chose a reverse auction as the methodology to conduct the bid for all fuel needs – unleaded, diesel and alternative bio-fuels.  With County of Santa Clara as the lead agency, 11 agencies including Alameda County and Alameda-Contra Costa Transit District, combined their usage into the bid specifications, with multiple delivery points across the region. The resulting contract drove substantial savings in this highly fluctuating commodity for the entire region.

With Purchasing teams often strapped for resources, one of the key benefits of using a reverse auction is to collapse the timeframe of the bid process. Within the government sector, there are many automated systems offered and used for their reverse auction capabilities. Arpie Zavian, President of PlanetBids, offers some insight for those agencies contemplating a move to reverse auctions. “In recent years, we have seen numerous purchasing teams take advantage of new developments in technology to conduct reverse auctions. Benefits have included reduced pricing, increased procurement process efficiency, and access to a larger vendor base.  However, application of reverse auctions can also bring risks and challenges. If poorly administered, a reverse auction may lead to a deterioration of strategic supplier relationships and potentially higher costs of items purchased. For successful results, we recommend that purchasing teams select qualified suppliers, identify that the type of items that are a good fit for reverse auctions and provide precise descriptions, with as much detail as possible.”

Through experience, there are 3 key lessons to be considered by any agency on conducting a reverse auction:

1)      The process should be automated.  Conducting a real-time reverse auction requires specific timing with deadlines, pre-defined extensions due to last minute bids, and tracking of all bids where the bidder names are not identified until after the auction. Automation to conduct a reverse auction must be responsive round the clock and contain the necessary controls and transparency for such a fast-paced bidding process.

2)      The commodity or service must be well defined.  If the specifications can be written in detail, where pricing is the key denominator…it’s makes for an easy “apples to apples” comparison. In the case of a Best Value Reverse Auction, a value driving point system needs to be delineated in addition to the pricing variables.

Vendors may need to be educated.  Many vendors have never participated in a reverse auction, and may not understand the system or process. Outreach and training may be needed to assist them in fully understanding and participating in the process. When implementing a new automated reverse auction system, ensure that the system provider can provide training for both procurement staff and the vendor community prior to issuance of the bid.