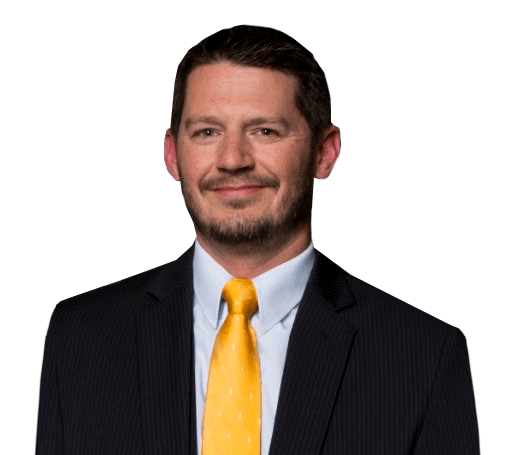 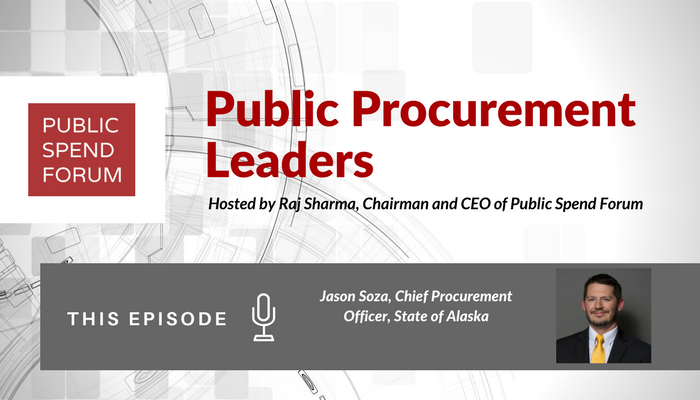 They call Alaska the land of the midnight sun, and for a long time its procurement function was content to lurk in the shadows of administrivia. But thanks to the efforts of Jason Soza, Alaska’s Chief Procurement Officer since May of 2013, the sun now shines on our largest state’s multi-billion dollar procurement system.
Ushering procurement into a more strategic role has been no easy task, as Jason told host Raj Sharma in our latest episode of the Procurement Leaders Podcast. With resistance to change prevalent early in his tenure, Jason found a familiar disconnect between his central office and 15 disparate executive branch agencies. “We had everyone off doing their own thing…we might have had 15 different contracts for the same item.”
Drink if you’ve heard that one before. And it would get worse before it got better. Shortly after launching his change agenda, Jason discovered a group of people who “openly admitted that they formed and met to complain about what my office was doing,” healthy actions like rules changes and strategic contract awards.
Undeterred, he found early success simply through giving “everyone a voice and a seat at the table,” starting a healthy communication channel which led to productive dialogue. This early win gave momentum to his process improvement agenda, leading to widespread acceptance of more formal process improvement techniques like lean six sigma and kaizen events (which Jason has promised to discuss in a future webinar – and we intend to hold him to it!).
As the change culture rooted out old and inefficient ways of doing business, Jason and his team began “peeling the band-aids” off their procurement process, replacing patchwork fixes with structural improvements. Jason highlighted three such improvements to critical processes: procurement, A/P, and property disposal which, prior to the lean exercises, had been quite an onerous exercise. The outcome? “The word that comes to mind when I look at the process we have now, from start to finish, is elegant. It does everything we do better and faster, which gives us time to focus on other things that add value.”
Wouldn’t we all like to achieve similar outcomes in our own process improvement efforts? Deploy Jason’s playbook of healthy communication, small wins, and proven process exercises and we’ll like our chances a lot better.
And download his process map for an inside look at the “elegant” procure to pay process that resulted from the efforts of him and his team.
For additional resources on improving your organization’s procurement function, check out our Public Procurement Workforce webpage and learn how to align your workforce with the most critical skills and competencies.
Got a topic idea for a future webinar or podcast? Submit it to Public Spend Forum and it might be you sharing your experiences and best practices on our next episode.
0
Subscribe and listen