A Government Contractor Crosses Over to USDS 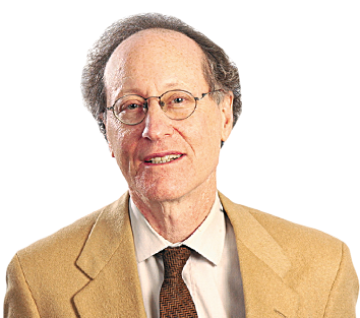 Add Friend
Steven Kelman
Add Friend
Steve Kelman is the Weatherhead Professor of Public Management at Harvard University's John F. Kennedy School of Government. A summa cum laude-graduate of Harvard College, with a Ph.D. in government from Harvard University, he is the author of many books and articles on the policymaking process and on improving the management of government organizations. His latest book, Unleashing Change: A Study of Organizational Change in Government, was published in 2005 by the Brookings Institution Press. His other books include a study on how to improve the government computer procurement process, entitled Procurement and Public Management: The Fear of Discretion and the Quality of Government Performance (AEI Press, 1990), and Making Public Policy: A Hopeful View of American Government (Basic Books, 1987).In 1996 he was elected a Fellow of the National Academy of Public Administration. In 2001, he received the Herbert Roback Memorial Award, the highest achievement award of the National Contract Management Association. In 2003 he was elected as a Director of The Procurement Roundtable. In 2010 the American Political Science Association awarded him the Gaus Prize, which honors a lifetime of achievement in public administration scholarship.He currently serves as editor of the International Public Management Journal, and he writes a regular column for Federal Computer Week and a blog, The Lectern, at FCW.com.From 1993 through 1997, Dr. Kelman served as Administrator of the Office of Federal Procurement Policy in the Office of Management and Budget. During his tenure as Administrator, he played a lead role in the Administration's reinventing government effort. He led Administration efforts in support of the Federal Acquisition Streamlining Act of 1994 and the Federal Acquisition Reform Act of 1995.
This user account status is Approved
Steven Kelman
steve_kelman@hks.harvard.edu
Subscribe
Back to Authors Pages